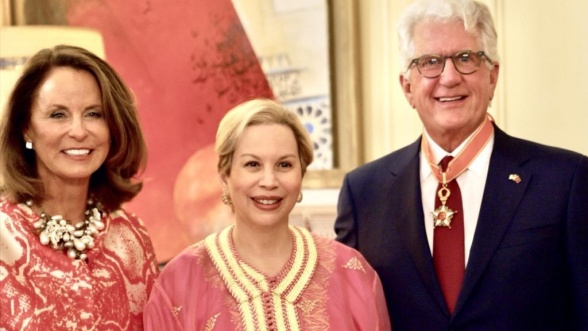 Former US Ambassador to Morocco awarded a royal decoration 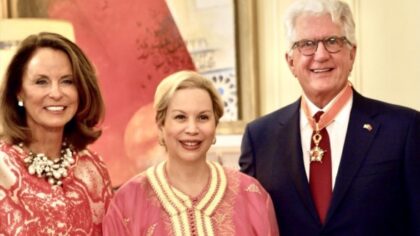 King Mohammed VI has bestowed on former US ambassador to Morocco David T. Fischer the Alaouite Wissam of Commander’s Order, in recognition of his efforts to strengthen bilateral relations and close friendship between the two countries.

The royal decoration was presented to Mr. Fischer by Morocco’s ambassador to the United States Lalla Joumala Alaoui during a ceremony held at Morocco’s residence in Washington.

During the ceremony, attended by several personalities, Mr. Fischer expressed his deep gratitude to King Mohammed VI for having bestowed on him this prestigious royal decoration.

David T. Fischer was ambassador in Rabat when the US Administration issued the historic proclamation recognizing Morocco’s sovereignty over the Sahara and renewing backing to the autonomy initiative proposed by the Kingdom in 2007.

Last May, Mr. David T. Fischer was awarded the US National Security Medal, one of the highest honors bestowed on American officials, for “outstanding achievements” in the field of national security.