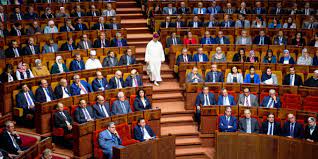 Morocco rejects in the strongest terms attempts within the European parliament to Europeanize Morocco’s political crisis with Spain by using migration as a pretext, Lower House Speaker Habib Malki said.

His reaction came as the European parliament plans to discuss a resolution blaming Morocco for using minors in its political spat with Spain.

After expressing his astonishment at this text, Malki said such an initiative “is totally disconnected with the level of cooperation between the Moroccan and European parliaments.”

“This is an initiative that aims at distracting attention from a political crisis that is purely bilateral between Morocco and Spain,” he said in a statement to the media.

“Everyone knows that this crisis is not linked to migration but rather to the fraudulent entry to Spain of an individual who is sued by the Spanish judiciary for serious crimes against Spanish victims,” Malki said.

Therefore, using migration and the issue of minors in particular is a blatant maneuver to “Europeanize a bilateral crisis.”

“I deplore the use of this isolated incident in a partnership in which Morocco plays an exemplary role,” he said.

He made it clear however that in the field of migration, Moroccan authorities reject to act on EU orders but rather out of a spirit of partnership and shared responsibility, adding that figures show the level of security and migration cooperation “which some EU deputies seem to have ignored.”

Malki concluded his statement voicing hope that the spirit of partnership and cooperation between Morocco and the European parliament will avoid the trap of escalation.