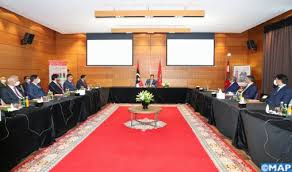 Morocco which continues to play a key role in the inter-Libyan negotiations is hosting as of this Friday a new round of talks on the appointment of senior Libyan officials.

The rounds that brought together rival Libyan representatives in Morocco in recent months will resume on Friday in the Rabat region, announced on Thursday the Moroccan Foreign Ministry.

Khaled el-Mechri, president of the High Council of State based in Tripoli (west), and Aguila Saleh, Speaker of the elected parliament sitting in Tobruk (east), are in Rabat for these discussions whose “format remains to be determined”, the Moroccan Foreign Department said.

The positions to be discussed concern the highest authorities in the country, namely Governor of the Central Bank, Attorney General and Presidents of the Administrative Control Authority, of the National Authority for the Fight against Corruption, of the High Electoral Commission as well as of the Supreme Court.

Aguila Salah said Thursday in Rabat that Morocco’s steadfast support for security and stability of Libya is essential.

Libya still needs Morocco’s steadfast support for the achievement of security and stability in this Maghreb country, given the prominent place the Kingdom enjoys within the international community and the interest that King Mohammed VI grants to the Libyan issue, said the speaker of the Libyan House of Representatives, in a statement to the press upon arrival in Rabat.

Salah stressed that Libya has succeeded, thanks to the efforts of brotherly countries, on top of which Morocco, to set up a single executive power, composed of a presidential council and a government of national unity, which has begun its mission.

“We are awaiting preparations for the next elections set for December 24, 2021,” he said.

Libya has suffered profoundly from the division that marked the previous period, he said, reiterating the importance of building a democratic state, through transparent and honest elections, to allow the Libyan people to freely choose those who will govern them without any interference.

Salah also expressed his deep gratitude to Morocco for its permanent support to the Libyan people, noting that this visit, which takes place at the invitation of his counterpart Habib El Malki, is an opportunity to reaffirm the depth and solidity of fraternal relations linking the Moroccan and Libyan brotherly peoples. It also reflects the desire to strengthen contacts between the Libyan House of Representatives and its Moroccan counterpart to discuss issues of common interest, he said.

The president of the Libyan High Council of State, Khaled Al Mechri, underlined, in a separate statement to the media Thursday in Rabat, the strong support and the active role of Morocco in all the stages aiming at the resolution of the Libyan crisis.

“We are happy with our presence in brotherly Morocco, which has always been an active actor in all stages to get Libya out of crisis,” he said.

“During each visit to Morocco, we feel that we are among our relatives, our brothers and our friends, and we benefit from the benevolence of His Majesty the King and the government and the hospitality of the Moroccan people”, he said, welcoming the Kingdom’s positive contribution to the settlement of the Libyan crisis.

Al Mechri stressed that these good offices, which have not been stopped since 2014 and were crowned by the Skhirat Agreement in 2015, will lead to the holding of parliamentary and presidential elections at the end of this year.