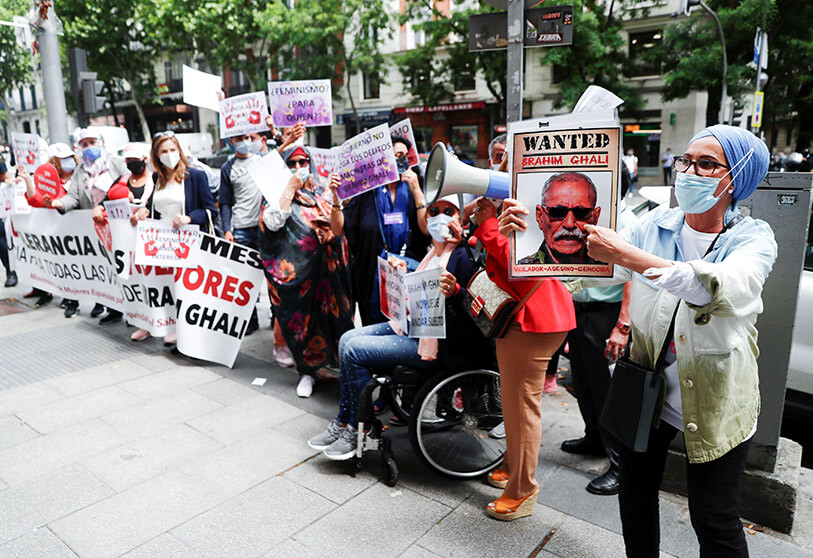 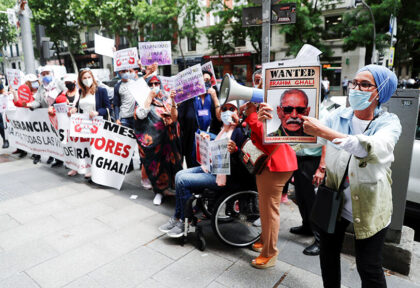 Head of the Polisario mercenaries Brahim Ghali, who appeared for the first before a Spanish court this Tuesday about the lawsuits filed against him, has reportedly been ordered to stay in Spain as long as his case is under investigation.

Brahim Ghali, and his protectors, were counting on an express hearing, for the form, after which he was planning to leave Spain immediately and fly back to Algeria.

However, the judge’s order seems plausible as an Algerian government plane, which left Algiers for Logroño airport Tuesday morning in order to pick him up, made a U turn when it was over Ibiza and returned to Algiers without landing in Spain, reports the Spanish news website El Confidencial.

Reuters news agency on its part reported that the militias’ leader has been ordered by the Spanish justice to stay in Spain, the time for it to assess the scope of the numerous complaints filed against him in the European country.

The judge of the Audiencia Nacional, Santiago Pedraz, who heard Brahim Ghali also specified that the defendant should remain “traceable” as long as the case is ongoing, a reliable source told Moroccan news outlet Le360. He must therefore provide a telephone number and a postal address where he can be reachable.

The noose is seemingly tightening against Ghali even if the Audiencia Nacional judge Santiago Pedraz did not take the precautionary measures requested against him, like putting him in jail or withdrawing his passport after he testified in court about the lawsuits filed against him.

Two major lawsuits were retained by the Spanish justice against Ghali, admitted since April 18 at the San Pedro de Logroño, after he entered the European country under a fake identity with an Algerian passport, bearing the name of Mohammed Ben Battouche.

The first complaint relates to “torture” and was filed by Fadel Breica, who accuses the leader of the separatists of being responsible for his kidnapping from June 18 to November 10, 2019.

The second complaint relates to “genocide”, “assassination”, “terrorism”, “crimes against humanity” and “kidnapping”, among others. It was filed by the Sahrawi Association for the Defense of Human Rights (ASADEDH), which is based in Spain.

During the videoconference hearing, from the San Pedro de Logroño hospital, Brahim Ghali, unsurprisingly, denied the accusations brought against him.

However, some commentators say that the order given to him not to leave Spain may serve to open the most damning case against him: that of the assassination of 281 Spaniards off the Canary Islands. The Canarian association of Victims of Terrorism (ACAVITE) that represents these victims has filed a complaint against him years ago, but its complaint is still pending.

ACAVITE accuses Brahim Ghali of being the presumed mastermind who ordered the shelling, assassinations, collective kidnappings, very serious injuries and disappearances of Canarian sailors on the high seas between 1973 and the end of 1986.

Besides, Brahim Ghali has not been prosecuted yet for the use of the false identity under which he entered Spain in April.