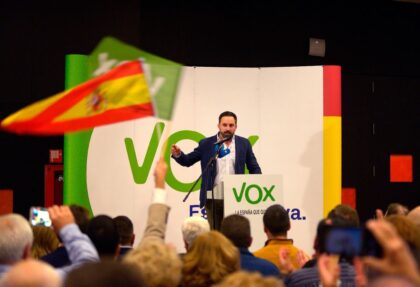 Spanish far-right party has asked the government to close borders with Morocco and prevent millions of Moroccans in Europe from traveling to their country by land.

The party said the measure should be taken to force Morocco to readmit all migrants who crossed to Spain including third country nationals.

The call adds to recent provocations by the party which has made of anti-Moroccan rhetoric a tool of political polarization and mobilization.

VOX leader has uttered racist statements in occupied Ceuta where he triggered backlash by locals and riots by Moroccan Muslims there who rejected his contemptuous statements.

Analysts see that VOX stands to win from the recent tension between Morocco and Spain as it continues to play on the chord of xenophobia and anti-Moroccan sentiments.

Morocco’s ambassador to Spain has recently warned of the growing hostility to Morocco and its territorial integrity by some circles of Spain.

North Africa Post's news desk is composed of journalists and editors, who are constantly working to provide new and accurate stories to NAP readers.
NEWER POSTAlgerian FM gives blank check to Spanish peer
OLDER POSTVenue of African Lion drills confirms the US recognition of the Moroccanness of the Sahara, EFE says