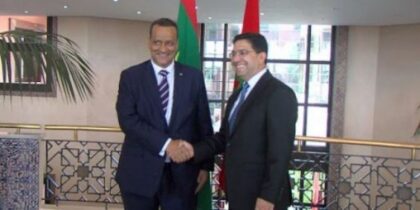 Morocco and Mauritania are bound by excellent political relations and are set to foster their economic ties as they prepare for a high joint committee in that regards, said Moroccan and Mauritanian foreign ministers at the end of a meeting in Rabat this monday.

He underscored the regular contact between King Mohammed VI and President Ould Ghazouani and their shared ambition to push bilateral relations forward.

During the meeting, the two ministers agreed to set up a follow up committee at the foreign ministry level to prepare ground for holding the high joint committee.

He said Morocco played a key role in training Mauritanian executives and hosts Mauritanian students in its different academic institutions.