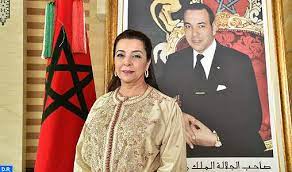 Morocco has warned that the diplomatic crisis with neighboring Spain will get worse if polisario chief Brahim Ghali, who is currently in Spain under a false Algerian identity, leaves the country without accountability for the serious crimes committed in Tindouf Camps.

“If Ghali leaves Spain the same way he entered, the crisis between the two countries will get worse”, said on Friday in Rabat Moroccan ambassador to Madrid Karima Benyaich.

The ambassador has been recalled by her country for consultation over deep diplomatic row with Madrid. Rabat says it will not return the envoy “as long as the causes of the crisis with Spain persist”.

The crisis between Morocco and Spain is “very serious”, said Mrs. Benyaich. “The case of Ghali” is a test for the independence of Spanish justice and for the government of Madrid which will have to choose between its relations with Rabat or continue collaborating with its enemies, she added.

Unfortunately, Spain has opted for opacity when it decided to host and protect “a criminal and torturer” on humanitarian grounds. But in doing so, it offended deeply the Moroccan people, said the ambassador.

Morocco, “is not looking for favor or complacency, but for the respect of the spirit of partnership and Spanish law against Ghali, accused of serious criminal offenses including crimes against humanity, human rights violations and rape, stressed the ambassador.