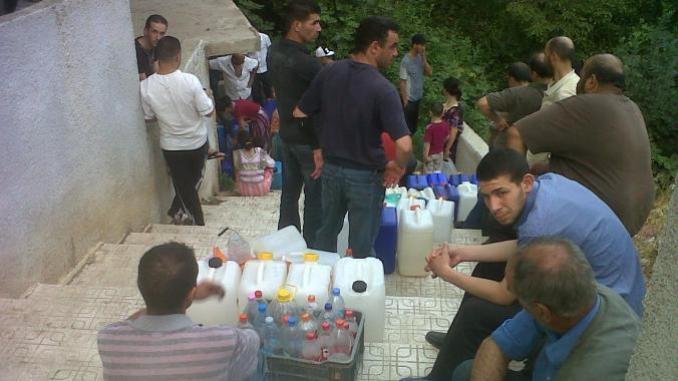 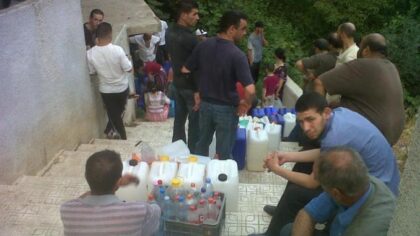 As if lacking cooking oil, milk and even some medicine was not enough, Algerians are faced by another hardship: water scarcity.

In this context of deprivations, the inhabitants of Algiers have been suffering from water restricting for months as water supply in the capital and its surroundings has been drastically reduced.

Before the fasting month of Ramadan, the state-run water company SEAAL restricted water flowing to 12 hours, from 8am to 8pm. During the holy month, the restriction was tightened and water was cut from 11pm to 8am the following day.

Yet, despite the rationing, thousands of families have been left waterless in several districts of the capital, such as Kouba neighborhood.

“I had thrown away all this clutter (plastic bottles and tanks) a long time ago,” a resident of Kouba told local news outlet TSA.

“And now my balcony is again cluttered with a 1000-liter plastic tank to cope with the drastic cuts. When these are extended beyond 48 hours, I run out of water. It is unbearable!”

“During the first two weeks of Ramadan, there were no cuts. But from the third week on, they started again, we had no water from 9 pm, sometimes until the early morning. Three or four days ago, it got worse. The water was cut off even during the day, sometimes until 4 pm. It would come back on for two hours at the most, then it would be off again from 6pm until the next day,” another resident, from Telelmy, close to the city center told the news outlet.

Authorities pinned the water shortage on the cut-down of rainfall over the past two years. They also promised to revamp seawater desalination plants to meet the challenges.

Water access challenges have further compounded the living conditions of millions of Algerians amid the current economic and financial crises that have gripped the country alongside a long running political crisis.

The North African country has seen its financial resources almost dried up as oil revenues accounting for the biggest chock of state revenues, plummet because of the fall in oil prices on the international market.

North Africa Post's news desk is composed of journalists and editors, who are constantly working to provide new and accurate stories to NAP readers.
NEWER POSTTunisia, US to hold several-day joint military drills
OLDER POSTLetter by Sahrawi Movement for Peace to UNSG distributed to all UN members