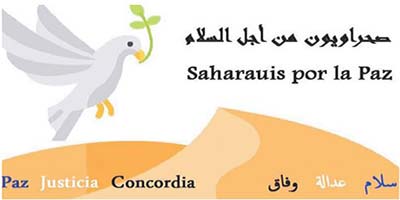 The letter sent to the UN Secretary General by the Sahrawi Movement for Peace regarding the violations of the ceasefire in the Sahara by the Polisario was handed out to the 193 Member States of the United Nations, as an official document of the Security Council, in the six official languages of the international organization.

Through this letter, handed out to all the member states of the Unites Nations, the voices opposing the polisario are now being heard at the highest levels of the UN.

In this letter sent to the UN Secretary General on April 19 and distributed later to the 15 members of the Security Council, the Sahrawi Movement for Peace, known by its French acronym MSP, expresses its “concern about the risks that are looming in the region following the unilateral breach by the polisario of the ceasefire established since 1991.”

“We are concerned that such developments and the stubbornness of the Polisario in continuing to ignore the ceasefire may once again place our region on the brink of the abyss,” said Hach Ahmed, First Secretary of the MSP, in the letter.

“It is more than ever urgent for the international community to make a firm commitment to advance the political process to achieve, as soon as possible, a just and lasting solution, in accordance with the resolutions of the UN Security Council,” argued Hach Ahmed, who is the brother of the former representative of the polisario in New York, Bukhari Ahmed, who died in 2018.

The Sahrawi Movement for Peace draws in the letter attention to the fact that the “headlong rush” of the polisario separatists has no other explanation than “the absence of a political and lasting solution that would put an end to the suffering of the Sahrawi population in the Tindouf camps and allow the hoped-for reconciliation.”

“It is more than ever urgent for the international community to make a firm commitment to advance the political process to achieve, as soon as possible, a just and lasting solution, in accordance with the resolutions of the UN Security Council,” stated Hach Ahmed, who is the brother of the former representative of the polisario in New York, Bukhari Ahmed, who passed away in 2018.

“At this crucial moment, we call on all parties to show the utmost restraint to encourage the immediate resumption of the political process and ensure an atmosphere conducive to dialogue,” he added. While calling on the international community to support efforts to appoint a new Personal Envoy for the Sahara, Hach Ahmed urged “all parties to join the positive momentum” that the UN Secretary-General is trying to instill in the process.

“Be assured (…) that we will spare no effort to raise awareness of the international community on the need to support the sustained efforts” of the UN Secretary-General for the resumption of the political process, stated further the First Secretary of the MSP, which advocates and supports a political solution to the Sahara issue through the political process conducted under the auspices of the United Nations, rather than through the obsolete theories of the polisario and Algeria.

The blockade imposed on the Tindouf camps by Algeria and the polisario armed militias has failed to stifle the authentic and legitimate voices of the Sahrawis in these camps, who are opposed to the oligarchic dictatorship of the polisario and who are eager for peace and reconciliation.

The Sahrawi Movement for Peace emerged on April 22 last year, establishing itself as the first democratic, independent and genuine political force within Sahrawi society. Its founding Congress was held in the midst of the pandemic, in the first week of October, with the participation of 170 delegates representing the militants, hundreds of whom were affiliated in those first six months. The presence of the former Spanish Prime Minister, José Luis Rodríguez Zapatero, as guest of honor gave the event an international dimension and was at the same time a strong moral and political leverage for the new Movement.

After a process of exhaustive reflection and re-evaluation, the Movement has set out to open up a new path, opposed to the armed route and favoring a compromise solution, being convinced that this path is the only viable option to get the Sahrawis out of the tunnel in which they have been trapped for fifty years. In addition to the loss of human lives and the dismemberment of families caused by this adventure, a large Sahrawi population is still suffering from exile, living in refugee camps in extreme conditions in the remote desert of Tindouf.