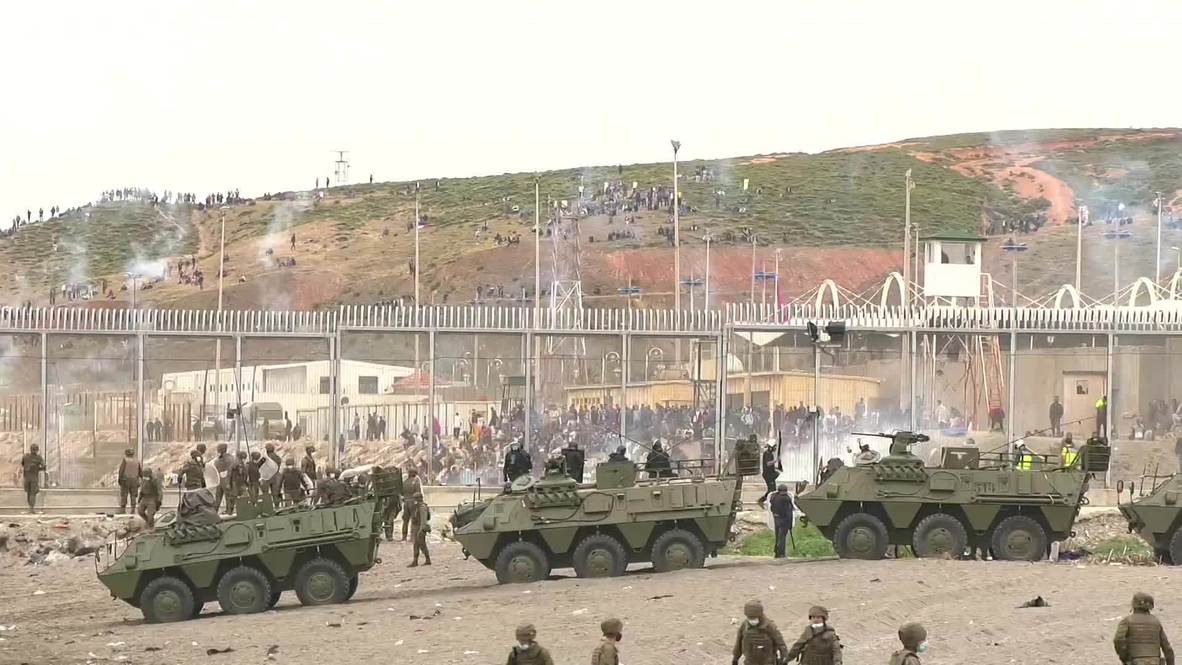 Spanish forces use excessive violence against defenseless migrants in Ceuta 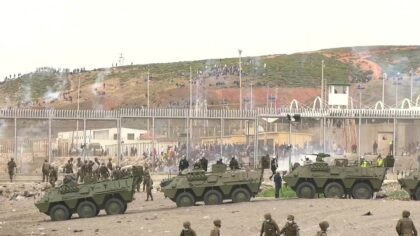 Spain has reacted to the wave of irregular migration in the occupied enclave of Ceuta through excessive use of force deploying its army on the border and using rubber bullets and tear gas, witnesses and local media said.

The influx came on the back of a brewing tension between Morocco and Spain over Polisario leader Brahim Ghali.

Morocco rejected Spain’s humanitarian considerations for admitting Ghali at one of its hospitals and argued that Spain’s decision to let Ghali in under a false identity and with a forged Algerian passport is a “premeditated act” that will have serious consequences.

Spain has summoned Morocco’s Ambassador to Madrid Tuesday and later in the day, the diplomat was recalled back in Morocco for consultations.

Morocco has previously recalled its Ambassador to Germany for consultations over the Sahara issue.

So far, Moroccan authorities did not comment yet on the recent incident on the border of Ceuta.

Yet, analysts deem that the mass migration is a warning from Morocco and a reaction to Spain’s hostile decision to host Morocco’s enemy on its territory.

The Spanish judiciary added salt to the injury in Moroccan Spanish relations by annulling all precautionary measures against Ghali who is sued in Spain for war crimes, rape and human rights violations.

The UN has called on both Morocco and Spain to find an agreement to tackle migration problems.

To a question on the arrival in Ceuta of thousands of migrants in one day, the UN Secretary General’s spokesman Stéphane Dujarric said this development is yet another “illustration of the challenges that we all face in trying to manage the global migration in a way that is humane and that is respectful of people’s human dignity.”