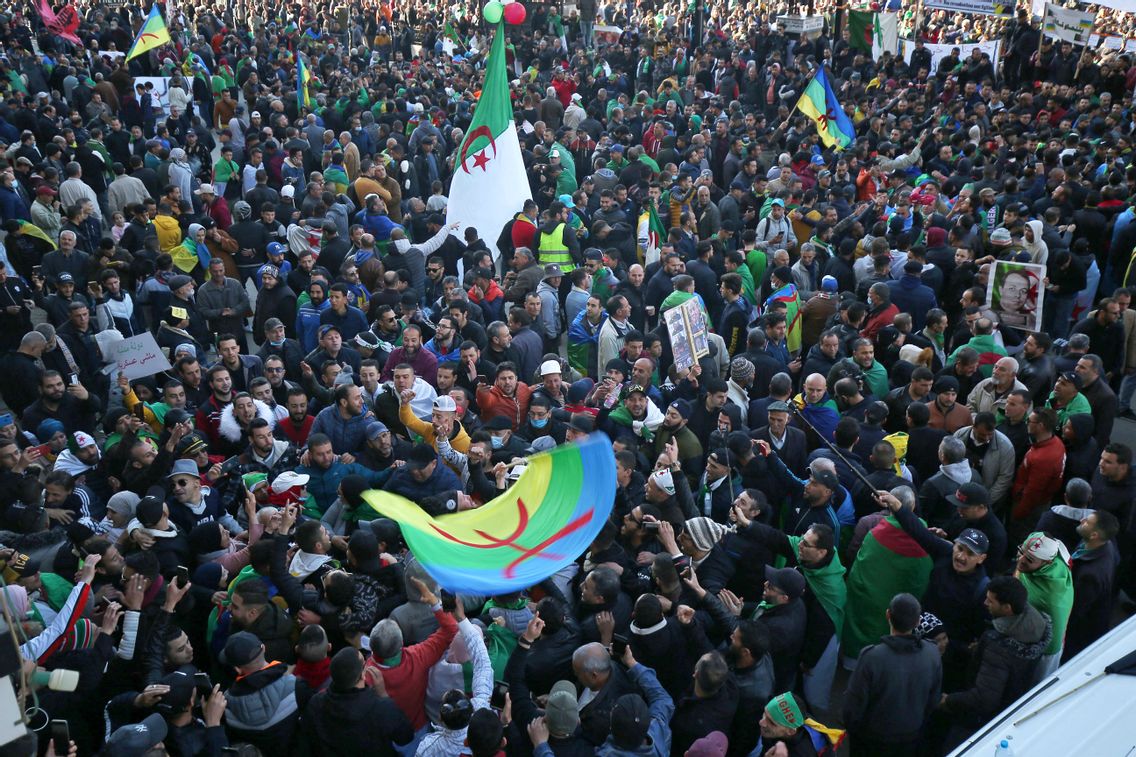 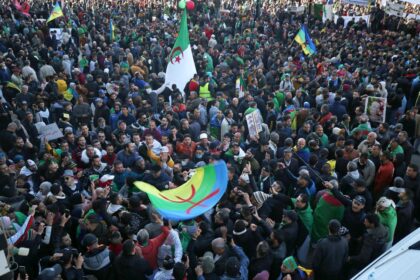 After accusing them of connivance with foreign powers and plotting attacks, the Algerian regime moved to list Kabylie independence group MAK and Political Islam movement Rachad as terrorist groups.

The decision was taken by President Abdelmejid Tebboune, reflecting a tougher stance within the regime for all sorts of dissent.

Both MAK and Rachad have gained traction recently as Algerian street retrieves the momentum of pro-democracy protests demanding a clean break with a military regime ruling behind a civilian curtain in an inefficient and corrupt system.

Last month, the aged military commanders issued a statement accusing the secular independence movement of planning attacks in order to trigger a crackdown by authorities and use it to gain international support.

In a video, MAK chief in exile Ferhat Mhenni had then denied the accusation and said that the military rule is attempting to intimidate MAK activists.

He stressed the peaceful character of the movement and its rejection of all sorts of violence as well as its attachment to an independent Kabylie state.

In their attempt to crackdown on Hirak activists, human rights defenders, and journalists Algerian authorities have lately started using terrorism-related legislation to silence their voices and suppress their activism.

Some 15 Hirak activists have already been charged with recruiting mercenaries on behalf of a foreign power, inciting citizens against the authority of the State, which carries the death penalty, conspiracy against state security, and enrolment in a terrorist or subversive organization active abroad or in Algeria.

This new desperate attempt to sow fear among Algerians by waving the card of terrorism and dismissing the Hirak as a movement instigated by the enemies of Algeria has once again failed to convince.

The Algerian regime has previously tried using its statements and media propaganda to discredit the Hirak as a Moroccan conspiracy.

The aging and ailing regime has also tried in vain to taint the Hirak as a protest movement serving Islamic extremists and terrorists.

The army’s dirty play is fooling nobody. Triggering painful memories of the black decade did not thwart the Hirak movement from gaining traction after a halt imposed by the pandemic.

The 2001 bloody events in which 125 youth were killed triggered the birth of the movement for the self-determination of the Kabylie region (known by its French acronym MAK) which continues to gain ground among the Kabyles in Algeria and in France where a large diaspora lives.