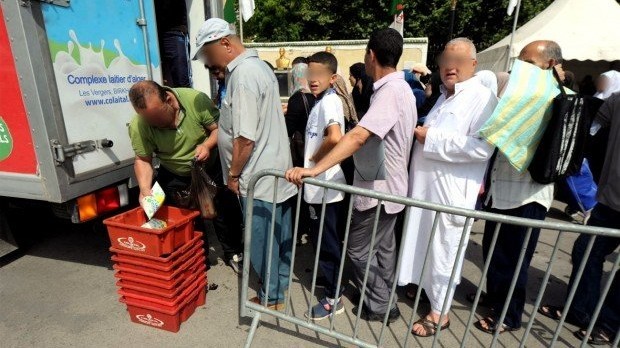 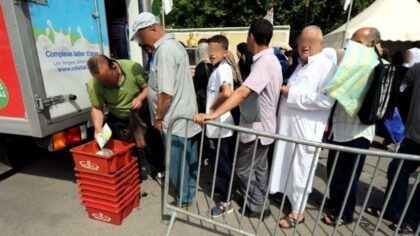 Algeria’s state coffers have dried up! The country’s president now delivers public addresses to try in vain to reassure the people about the supply of cooking oil, flour and milk as queues get longer every day in front of stores.

Ramadan this year is tough for Algerians who are hit by the double impact of the pandemic and inefficient policies by a regime that refuses to listen to the people’s demands for democracy and transparency.

As the value of the dinar diminishes, inflation is on the surge combined with a rarity of basic foodstuff such as cooking oil. Algerian media such as TSA added milk to the list of hard-to-get products in the country showing pictures of long queues of people waiting for a liter of milk.

The government is trying to scapegoat speculators to hide decades of failure to ensure food self-sufficiency.

Meat prices have also soared despite the government measures to lower tariffs for importers of Spanish red meat.

After more than a decade of expensive oil prices, Algeria failed to reduce its dependence on food imports. The country imports 70% of its foodstuff needs.

In addition to the devaluation of the dinar which hit the purchasing power of households, unemployment has surged with half a million people having lost their jobs since the pandemic started.

Despite the crisis, Algeria continues to spend lavishly on defense using conspiracy theories to thwart its people from continuing its pro-democracy momentum known as the Hirak.