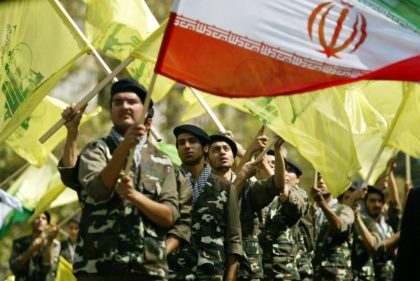 Iran’s mischief in Morocco is a problem, warns US magazine National Interest

US bimonthly magazine the National Interest has rang the alarm about the maneuvers of Iran and its proxy Hezbollah, and the networks of document forgery they lead, to plot attacks or fulfil other aims, as they attempted to do in Morocco, “a strong U.S. ally” and “a historic bulwark of Islamic moderation,” raising concern over the collusion between Hezbollah and the Polisario and urging the Biden administration to pay close attention to these developments.

Iran, which has historically supported any militancy against pro-Western regimes, regardless of their religious or political orientation, supports the Algeria-backed polisario separatist front and repeatedly tried to infiltrate its agents in the Kingdom, wrote Emanuele Ottolenghi researcher at the Washington-based Foundation for the Defense of Democracies.

The researcher surveyed what he called “a decade of simmering tensions between the North African kingdom and Iran, which controls Hezbollah as a proxy” as well as Hezbollah’s and Iran’s growing track record of document forgery, recalling that since 2014, a number of Hezbollah members and Iranians were caught with forged passports in several countries, including in Peru, Argentina, and Ecuador.

In this connection, he recalled that Morocco arrested a fifty-seven-year-old Lebanese national upon his entry to the country on Jan. 6. The individual, brahim Youssef, caught carrying multiple European passports and identity cards, some of which had been reported stolen, turned out to be a Hezbollah member.

He explained that the arrival of a Hezbollah operative in January, less than a month after Jerusalem and Rabat normalized relations, may not be a coincidence, especially given that, barely two months earlier, the Polisario ended a three-decade-long truce with Morocco, potentially reigniting a conflict that has known little respite since 1975 and that could ignite an already unstable region.

“What better way to turn the screw against a more powerful adversary than relying on asymmetrical warfare like terror attacks through a proxy?” he wondered.

Actually, Morocco has revealed in May 2018 that Iran supported Hezbollah to arm and train the Polisario elements and raised questions over Algeria’s involvement in allowing two terrorist organizations to operate from its territory against Morocco’s territorial integrity.

For Morocco, a historic bulwark of Islamic moderation and pro-Western policy in an otherwise restless region often convulsed by radicalism, this does not bode well, especially when taken together with accusations of Hezbollah’s support for Polisario, he explained, noting that Iran’s official position on the Sahara issue coincides with Algeria’s.

Algeria has reciprocated this support numerous times – most recently in May 2020, when it allowed Iranian aircraft to refuel in Algiers on its way to Venezuela. And Hezbollah-Polisario contacts are public knowledge, the author of the analysis stated, recalling that a Polisario leader, Nana Rabbat al-Rasheed, led a delegation to Beirut in 2017, where she met Hezbollah’s MP Ali Fayad and other Hezbollah representatives.

The searcher raised other reasons of concern, mainly that “Morocco’s coasts have increasingly become a transit point for cocaine shipments from Latin America to Europe—a business assiduously facilitated by Hezbollah financiers and facilitators.”

A possible Hezbollah-Polisario link is concerning not only because it reflects a common Iranian strategy to gain influence by beefing up proxies against its adversaries, but because it could be an incubator for mutually beneficial illicit activities that would add to regional instability, he warned, urging the Biden administration to pay close attention to Hezbollah-Polisario collusion and the ensuing developments.

Reiterating that Morocco is a strong U.S. ally, he insisted that “Washington has much to lose from a resurgent conflict in Western Sahara, and it should not let Iran dispatch its proxies, much like it did in Syria a decade ago, to make matters worse.”