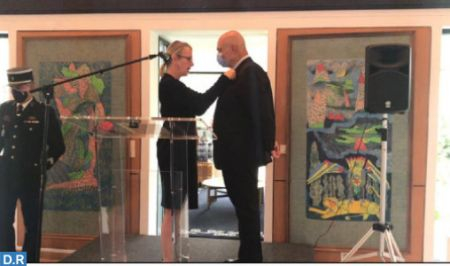 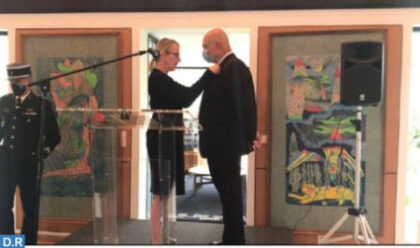 The Chief Executive Officer of the Office Chérifien des Phosphates (OCP) Mostafa Terrab has been awarded the insignia of Officer of the Legion of Honor of France.

This honorary distinction was handed to him in Rabat by the French Ambassador to Morocco, Hélène Le Gal.

Through this award, France wanted to honor the exceptional richness of Terrab’s career, who was able to bring the worlds of industry and research closer together, in the service of the development of the Kingdom, the French embassy said in a statement.

This high decoration also rewards the very high quality of cooperation that Terrab has helped to establish with France, the statement said.

This decoration also rewards the commitment of the OCP, and of Mostafa Terrab, in the field of education and the role of institutions such as the 1337 school or the Benguerir high school of excellence as social elevators for talented young Moroccans, Moroccan media commented.