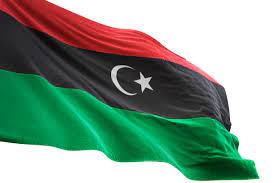 As the new Libyan Government of National Unity is endeavoring to unify State institutions and pacify the country, queues are being formed for the opening of diplomatic representations in the North African country.

So, after France reopened its embassy in Tripoli on Monday, China announced plans to re-open its embassy in the Libyan capital, to start working, as put by Beijing envoy Li Zhiguo, from inside the country and to bolster cooperation.

Li Zhiguo made the announcement as he met in Tripoli the deputy head of the Presidential Council, Abdullah Al-Lafi.

With regard to bilateral economic cooperation, Di Maio clarified that Rome is revitalizing a series of economic opportunities for Italian companies that were forced to leave Libya, stressing that they now have the opportunity to contribute to rebuilding the country.

“When diplomacy speaks and not weapons, Italy can return once again to play an essential role.” the Italian top diplomat added.

Washington, on its part, connects reopening of its embassy in Tripoli to the strengthening of the security situation.

The Deputy Spokeswoman for the US State Department, Jalina Porter, said last week that the USA intends to resume its embassy operations in Libya as soon as the security situation improves and permits it.

Porter indicated that the US ambassador to Libya, Richard Norland, will visit Libya periodically to discuss the matter with Libyan officials.

Most countries closed their embassies in Tripoli in 2014 as a result of violence and insecurity fueled by rivalry between armed factions.