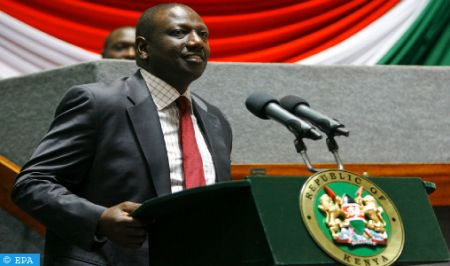 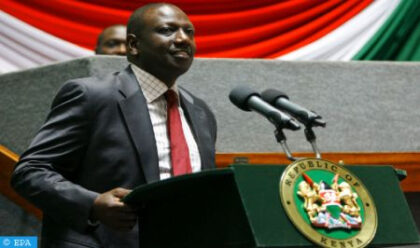 Kenya’s vice-president William Ruto has said that the autonomy plan under Moroccan sovereignty in the Sahara provinces “is the best solution to the Sahara issue.”

“I declare as Vice-President of Kenya that the Autonomy Plan under Moroccan sovereignty is the best solution to the Sahara issue,” said William Ruto during a meeting with the ambassador of Morocco to Kenya, Mokhtar Gambou, Tuesday evening in Nairobi.

The vice-president of Kenya, who is a candidate for the presidential election of 2022, also affirmed that “the representation of the Polisario in Nairobi makes no sense.”

“The conflict over the Sahara is only an excuse that allows Algeria to continue squandering the wealth of its people on lost causes”, the Kenyan official said, adding that “the creation of a separatist state in Southern Morocco is only a fantasy nourished by those who do not like peace, unity and prosperity for African countries.”

The vice-president of Kenya stressed that his country “must never shy away from its neutrality and must, on the contrary, work directly with the UN to support the peace process regarding the Sahara issue.”

Regarding the African Union’s Peace and Security Council (PSC), Mr. Ruto said that “instead of causing unnecessary conflicts and divisions within the African Union, this pan-African body must ensure that the territorial integrity of the 54 members is respected according to the AU charter which prohibits interference in the internal affairs of sovereign countries.”

Expressing the wish to visit Morocco as soon as possible, he said that the Kingdom “is an economic model in Africa” and that “all African countries are called upon to be inspired by it”.

Regarding bilateral relations, he called on Moroccan investors and businessmen to invest in Kenya.

During the meeting, Mokhtar Ghambou stressed that Morocco was disappointed by the position taken by Kenya at the latest PSC, noting that this position of the central government “goes against that expressed by several governors of counties and some senior officials of Kenya.”

“These officials expressed their surprise at Kenya’s unconditional support to Algeria and called on the government to support the peace process led under the aegis of the United Nations to achieve a solution to the Sahara issue,” the Moroccan diplomat recalled.

The diplomat also highlighted the business opportunities offered by Morocco and Kenya, adding that the two countries, which are leaders in their respective regions, have a lot to gain if they pool their efforts and take advantage of their potentials.

He recalled, in this context, the projects already initiated or under negotiation between the two countries, in particular the commitment of the OCP group to support the agriculture sector in Kenya, the Marchica Med plan to invest in Lamu Island, in addition to political and economic partnerships between the regions of Morocco and the counties of Kenya.