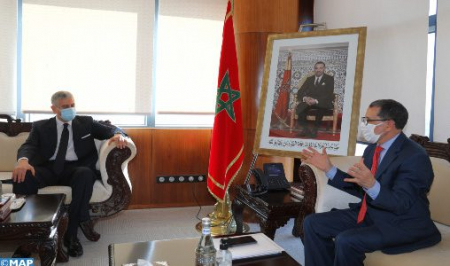 World Bank ready to increase its support to Morocco 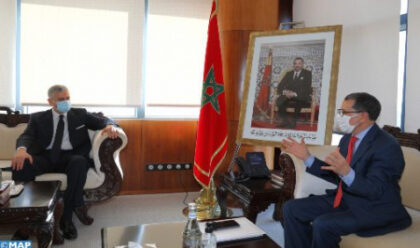 The World Bank Vice-Pdt for the MENA region Farid Belhaj has voiced the bank’s readiness to increase its support to Morocco in social and economic sectors to enable the Kingdom take up development challenges.

At separate meetings in Rabat with Head of Government Saad Dine El Otmani and Moroccan Minister of Economy & Finance Mohamed Benchaâboun, the WB official reiterated the international financial institution’s keenness to continue its technical and financial backing to Morocco to help it achieve its ambitious reforms.

The meetings reviewed various aspects of partnership between Morocco and the international financial institution.

This partnership has covered new fields in recent years, in line with the successes achieved by Morocco’s economy and the ambitious goals set by the Kingdom in several areas, Belhaj said.

Farid Belhaj also voiced WB’s appreciation of the efficiency of the Moroccan approach in the fight against HIV/AIDS, the controlled management of the national vaccination campaign against COVID-19, the treatment of the socioeconomic repercussions of the pandemic as well as the Kingdom’s initiatives to revitalize the national economy and prepare for the post-pandemic stage.

The Moroccan officials called on the World Bank to support the Kingdom’s economic stimulus plan, the public sector’s reform, the generalization of the country’s social welfare system and the projects planned by the Mohammed VI Fund for Investment.

They expressed satisfaction with the level of the Morocco-WB partnership and the importance of programs, projects and major strategies launched by Morocco under this partnership.