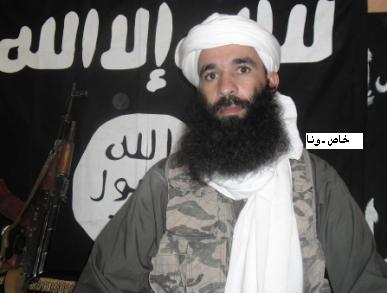 Forgotten Aspects in the War Against AQIM 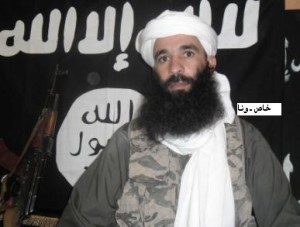 The killing of three French journalists in northern Malian region of Kidal in early November 2013 is indicative of the ability of Al-Qaeda in the Islamic Maghreb (AQIM) to conduct terrorist attacks in the region despite French military presence. Similarly, the announcement of the creation of a new terrorist group called Al Mourabitoun out of a merger between the MUJAO and Al Moulatamoun also shows that it is premature to declare victory over AQIM.
Until now, confronting AQIM through military might alone has not yielded the sought results. AQIM affiliates continue to emerge, to recruit and to engage in terrorist and criminal activities as well as to threaten the security of sovereign states. Therefore, AQIM poses multidimensional threats that require multidimensional responses that should start with a genuine regional cooperation at the intelligence and military levels, a goal that cannot be realised as long as relations between Algeria and Morocco remain strained.

Need for genuine regional cooperation based on the Algerian-Moroccan couple:

The creation in 2010 of the Regional Command for Joint Counter Terrorism Operations (CEMOC) in Tamenraset (southern Algeria) with the participation of Mauritania, Mali and Niger was a major regional step taken to combat AQIM. However, CEMOC fell short of achieving its objectives due, in part, to Algeria’s refusal to grant other countries the right to pursue AQIM fighters in its territories.
Algeria, the origin of most of AQIM’s leadership, has adopted an ambiguous stance regarding the fight against terrorism. It has been calling on countries of the region to intensify cooperation to counter terrorism while at the same time opposing Morocco’s participation in the CEMOC. Several media reports have also decried the manipulation of the fight against terrorism by the ruling military junta in Algeria in order to gain legitimacy at the international level.
One might ask if Algeria is really well-placed to lead a regional grouping in the fight against AQIM. Several analysts deem that Algeria’s response to terrorism has not been efficient so far. The recent attack on a gas facility in Ain Amenas (eastern Algeria) by Moukhtar Belmoukhtar brigade dealt a heavy blow to Algeria’s intelligence and its security services whose intervention resulted in a carnage. This attack showed Algeria’s incapacity to anticipate attacks on its strategic sites.
Algeria is surrounded by instable states from the east and failing states to the south. The only comparatively stable country in its neighbourhood is its regional rival Morocco. Yet, that is the country that Algeria’s military consider as the major threat. The weight of Algeria’s military, since the Sand War over the border dispute in 1962, has been placed on its western borders with Morocco. Its arsenal and its armament acquisitions have been geared towards maintaining strategic balance with Morocco in the case of a conventional war instead of focusing on the real eminent threats posed by the unconventional war waged by AQIM.
The proliferation of AQIM requires Algeria to reconsider its cold-war minded attitude towards Morocco and to reorient its military focus towards the real dangers facing the country and the region to the east and the south.
For its part, Morocco has been so far successful in thwarting AQIM by anticipating terrorist attacks and successfully dismantling a significant number of terrorist cells. Its military has a long experience fighting the Polisario militias in a guerrilla war from the late 1970s to 1991. Today, the Morocco-administered Sahara can be described as the safest region in the Sahara and the Sahel where there is no presence of AQIM-related brigades. Including Morocco in regional initiatives to fight AQIM will bring an added value to the anti-terrorism efforts. Algeria’s opposition to Morocco’s participation in regional initiatives cannot be explained other than by the fact that Algeria seeks to maintain its hegemony over the Sahara and Sahel region. Therefore, Algeria is called upon to reconsider its stance towards Morocco and to rebalance its military deployment in light of the serious threats posed by AQIM in Libya and in the Sahel.
On the other hand, Libya and Tunisia are increasingly targeted by AQIM’s branch Ansar Asharia. The two countries, which inherited weak armies from the deposed regimes, are in dire need of capacity building in fighting insurgencies. The emergence of terrorism in Tunisia with the recent assassinations and insurgencies in its eastern borders with Algeria threatens tourist activity, one of the major employing sectors, while the prevailing tribalism among the heavily armed Libyan people complicate the state building process.

The MUJAO found fertile conditions for recruitment in the Polisario-run refugee camps in south-western Algeria. The kidnapping of three humanitarian workers in the Tindouf camps in October 2011 confirmed the MUJAO’s infiltration of the camps. This terrorist act also evidenced Algeria’s incapacity to secure the camps.
The Sahara conflict which has been dragging on for over three decades prevented tens of thousands of Sahrawis in the Polisario-run camps in southwestern Algeria from enjoying a dignified life. On the one hand, they are held hostage by the Polisario administration which trades in their suffering. On the other hand, they have been denied refugee status as well as the right to free movement by Algeria. The inhumane conditions prevailing in the camps constitute propitious conditions for AQIM to recruit among the disenchanted youth.
Malian Foreign Minister Tiéman Coulibaly had complained, in March 2013, of the increasing involvement of Sahrawis from the Tindouf camps in MUJAO activities in northern Mali. Speaking following a meeting in the UN headquarters in New York, he said that the MUJAO has been luring the youth from the camps with salaries ranging between 200 and 600 Euros a month.
The accusations of the involvement of discontented youth from Tindouf camps in MUJAO activities adds to the engagement of the Polisario administration in humanitarian aid embezzlement and all sorts of trafficking in an area where Algeria seems to have no control.
The resolution of the Sahara conflict on the basis of a peaceful and mutually acceptable solution between the parties to the conflict will enable the return of the Sahrawis held in Tindouf to their homeland and will stem a recruitment source for AQIM. Pending such a win-win solution, the camps remain a powder keg waiting to explode.
Finding a peaceful settlement to the Tuareg cause:
It was no coincidence that the French army allied with the MNLA in its fight against AQIM-related groups during the Serval Operation. The French seemed to have learned from the experience of the civil war in Libya which brough an end to Gadafi regime notably after NATO’s decision to ship arms to the Amazigh population west of the capital Tripoli who have longstanding enmity towards Gaddafi regime. Likewise, the French alliance with the local Tuaregs helped push AQIM outside northern Malian cities.
Considering the austerity restraints, France cannot maintain its military in Mali for long. The specter of AQIM may return to haunt the region once foreign troops have left. Therefore, there is a need to turn the Tuareg rebels into allies in the war on AQIM. This would go through compensating for the Tuareg grievances through granting the Azawad province a sort of autonomy that would help decentralize the administration and give the Tuaregs more say in managing their local affairs. Establishing a disciplined Tuareg army equipped with the necessary arms to defend the Azawad region against AQIM is in the interest of Mali and the region. It adds to this, that AQIM offshoots, Ansar Eddine and the MUJAO have drawn fighters and supporters notably from the Arabs of northern Mali, Mauritania and Algeria while the Tuaregs have been largely allergic to AQIM’s ideology. The Tuareg community have long resisted attempts at radicalisation as their practice of religion is rooted in an ancient Amazigh (Berber) culture that adapted Islam to local beliefs and traditions in which applying Sharia law and veiling women are alien practices. Providing the Tuaregs with a sort of autonomy and arming them to counter AQIM within the framework of a political agreement with Bamako will constitute the most pertinent long-term military response to terrorism in this part of the Sahel.

Coined in the 19th century by military strategist Carl von Clausewitz in his book On War, the centre of gravity came to be interpreted as the source of moral and physical strength of the enemy that should be targeted in a war. In the case of a non-state actor such as AQIM, the center of gravity is represented in its ideology.
Popular Islam as it has been practiced in the Maghreb and the Sahel was characterized by tolerance and Sufism. The advent of the cold war and the rise of communist movements in the region during the 1970s and 1980s threatened the ruling regimes, especially in Morocco and Algeria. Both regimes saw in political Islam an instrument to counter the extreme left.  Thus, authorities in the two populous Maghreban turned a blind eye to the indoctrination of the youth around Salafi and Jihadi ideals of establishing an Islamic state. The return of jihadists from Afghanistan and the lack of their social integration provided extremist Islamists groups with experienced fighters that would wreak havoc during Algeria’s civil war.
Oil-rich Wahabis from the Gulf countries saw in the laxity of North African countries an opportunity to spread their rigid interpretation of Islam. Some Salafi groups excommunicated the whole society which in their view did not practice the real Islam. The existence of this ideology especially in poor neighbourhoods and slums in Algeria and Morocco paved the way for AL-Qaeda to attract urban supporters.
Taking the example of Morocco in addressing the Jihadi centre of gravity following the terrorist attacks in May 2003 in Casablanca, authorities launched an overhaul of the religious sphere with the aim of preventing extremists from using mosques and religious institutions to threaten the “spiritual security” of citizens. This reform also aimed at the re-moroccanisation of Islam based on highlighting the Suffi character as well as the longstanding religious coexistence with the Jews. Cash-strapped Morocco also attempted at increasing its regional influence by using its historical religious ties with Mali and the Sahel to spread its vision of Islam. Morocco’s regional religious outreach was illustrated during the investiture ceremony of the new Malian President, when the Kingdom offered to train 500 Malian Imams.
The overhaul of the religious field is a necessity now more than ever in the countries of the region. Hence the need for encouraging critical thinking in the educational system and inculcating the values of modernity and tolerance in addition to incriminating the use of religion to spread extremism, hatred and violence.
From another perspective, Countries of the region are called upon to address calamities such as unemployment, human rights breaches, corruption, clientelism, squandering of public money, despotism which are all issues that have been used by AQIM to denounce the ruling regimes and gather support for its cause.
Al-Qaeda as a global network prospers in harsh conditions and recruits among the poor and the oppressed. Countries of the Sahel are among the poorest in the world. A region that is famous for famines and drought is now plagued by terrorism. The advent of AQIM in the Sahel led the few humanitarian NGOs that operated in the region to leave. Many of the locals found themselves forced to flee instable areas seeking refuge in camps. It is a humanitarian responsibility to enable these poor hostages of AQIM’s activities to lead a dignified life through providing humanitarian assistance as well as promoting revenue generating activities in a region that has touristic assets. Therefore, countering AQIM should be coupled with humanitarian and sustainable development programmes.
The fight against AQIM should start with a sincere regional cooperation that focuses on ending the breeding grounds of AQIM in the region, notably the continuation of territorial conflicts, poverty and trafficking.