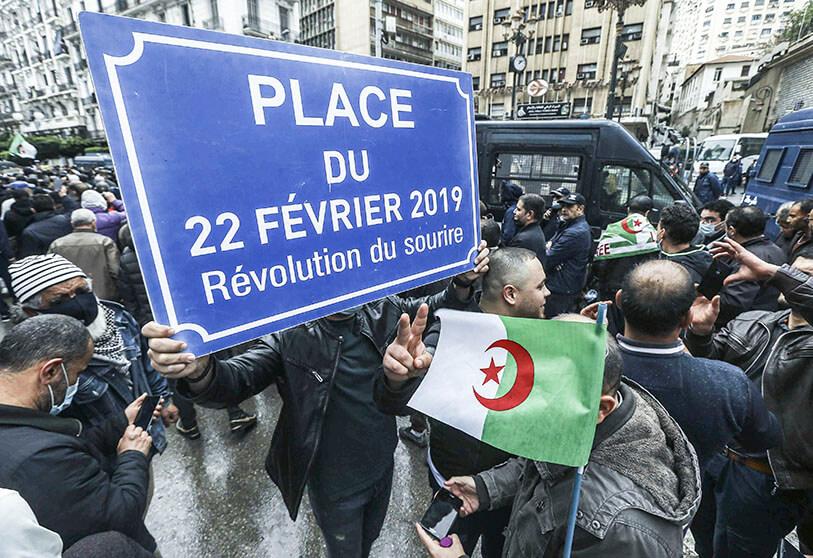 Algeria: Hirak is back, divide between people and power persists 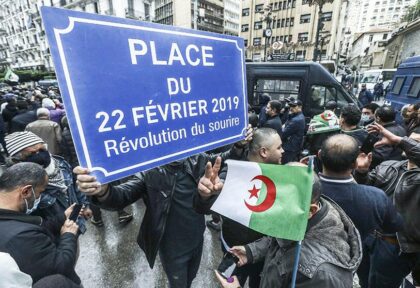 Algerians took to the streets on Monday Feb.22 22 to mark the second anniversary of Hirak, the popular movement that led to the fall of Algerian President Abdelaziz Bouteflika, and to tell the current government that nothing has changed with respect to Bouteflika’s government which ruled the country for two decades.

Thousands of Algerians marched through the streets of the capital Algiers to commemorate the landmark date, although authorities mobilized security forces on Monday to barricade the capital city and prevent thousands of demonstrators from across the country from entering the capital.

This new march was actually the largest demonstration since the Hirak was suspended on March 13 last year because of the COVID-19 pandemic.

Likewise, demonstrations were staged in many other cities across the country to mark the second Hirak anniversary, starting in Kherrata on Tuesday Feb.16 and in Khenchela on Feb.19, the cities where Hirak came to life in 2019, to tell the regime that demands for genuine democratic and economic reforms will further escalate throughout the country, and that Algerians are rejecting a leadership lacking vision.

The imposing demonstrations staged in other major big cities, such as Oran, Bejaia, Constantine, Tizi Ouzou, Tlemcen, Annaba …and elsewhere evidence that the Hirak, which was temporarily interrupted by the Covid-19 pandemic in March 2020, is still vivid.

Actually, the demonstrators who came out en masse shouted their anger and the same feeling of rejection against the regime as in 2019.

The demonstrators were calling for radical change of the regime and the advent of a civil and non-military state.
“Dawla madanya machi 3askaria” (a civil state, not a military one); “Tebboune Lmzawer, jabouh l3asker” (Tebboune the illegitimate was placed by the military); “We are not here to celebrate, but to demand the regime’s departure”, they shouted.

The military have been ruling the country since the 1965 coup by Colonel Mohamed Boukharouba, aka Houari Boumédiène.

Through these massive demonstrations, the Algerians have also voiced their rejection of the cosmetic reforms announced by the President on the eve of the Hirak second anniversary.

The response of the Algerian people to the recent decisions and proposals of President Abdelmadjid Tebboune, elected in December 2019 with a very low turnout in an election boycotted by the protest movement, has been scathing.

Neither the dissolution of the national assembly, nor the very partial government reshuffle, which consisted in replacing some names of the era of the deposed president, Abdelaziz Bouteflika, but in essence maintained the upper hand of the military regime, nor the release of some innocent political detainees (according to human rights groups, around 70 people remain in prison for their links to the Hirak movement or for other peaceful political activities of the opposition) and other last-minute decisions have prevented the Algerians from demonstrating massively.

So, these cosmetic measures ignored the pro-democracy movement’s demands for a clean break with the military regime which transformed the Presidential Palace into a department reporting to the Chief of Staff, General Said Changrihaonly, and only served to reveal the deep divide between people and power.

The comments by the Algerian media of this Tuesday reveal that the prevailing feeling is that the Hirak is reborn from its ashes. The large demonstrations belied the prognoses of the Algerian leaders who were expecting a weak participation in the protest movements or as put by the website Tout sur l’Algerie, contradicted those who believed that the Hirak was dead.

El Watan on its part wrote that the Hirak is back and that the demonstrators have set an appointment for next Friday to take to the streets again, as they did in 2019, even after the resignation of president Bouteflika, to continue their actions demanding a major overhaul of the system of government in place since Algeria’s independence from France in 1962.