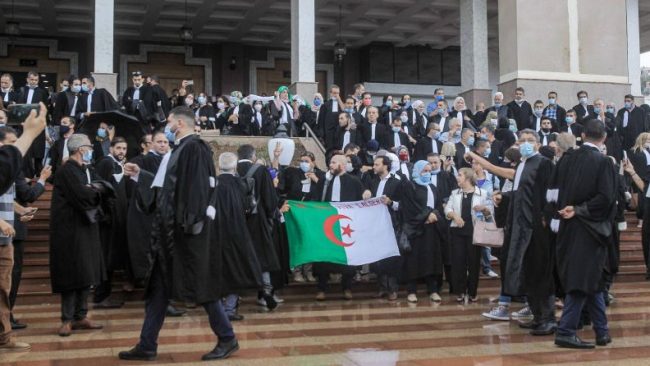 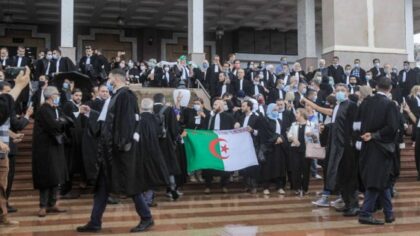 The Algerian lawyers have joined the popular mass protest movement rocking their country, demanding a civilian democratic state and denouncing the wrongful interference of the rulers who are undermining the independence of legal profession.

The Union of attorneys started on Sunday a five-day protest movement which will continue by the bar associations of Tizi Ouzou, Bouira and Boumerdès, with a sit-in this Monday across the country’s courts.

The lawyers say the rule of law in Algeria is under attack as the magistrates receive their orders from higher authorities in a blatant violation of the independence of judiciary power and the requirements for a fair trial.

In a bid to muzzle vocal voices and critics, the Algerian regime has started tossing in jail attorneys for defending Hirak detainees and political prisoners.

Head of the Bar Association of Algiers Abdelmadjid Sellini said “No one is above the law”, stressing the need to protect lawyers’ integrity and independence of the judiciary system.

The National Union of Bar Associations of Algeria (UNBA) called on lawyers to suspend their activities in courts and tribunals on Tuesday, to protest against the authorities’ abusive meddling and violation of code of conduct of the magistrates used by the top brass as a repression tool to quell pro-democracy militants.