Algerian president hopes to stem the Hirak through cosmetic reforms 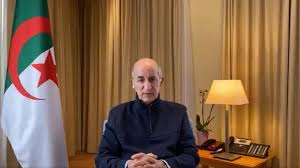 Algeria’s new ailing president Abdelmejid Tebboune returned to his country after a long absence and dictated a series of actions including the parliament’s dissolution. But critics say such measures are cosmetic as long as the regime shuns real democratic and economic reforms demanded by the pro-democracy Hirak movement.

Hirak protesters have maintained their demands for a clean break with the old military in command of Algerian state since its independence from France.

Rattled by the revival of pro-democracy protests, Tebboune ordered the dissolution of the Algerian parliament and called early elections. He also announced a government reshuffle in the next 24-48 hours and ordered the release of 60 detainees of the protest movement that forced his predecessor, Abdelaziz Bouteflika, out of power in 2019.

However, dozens of other protesters remain jailed, and activists continue to demand deeper change to Algeria’s secretive, military-controlled leadership structure.

Tebboune said in a televised speech that within 48 hours he would replace government ministers “who didn’t live up to their responsibilities,” without specifying whom.

Young Hirak protesters and democracy activists have maintained their calls for a reshuffle of the regime itself as they perceive Tebboune as a puppet whose strings are pulled by a corrupt and aging military elite.

Like his predecessor, Tebboune is also perceived as physically incapable to lead a country that braces for an economic and social crisis reminiscent to that of the late 1980s. The current president has been absent from the country for months receiving treatment in Germany after contracting Covid-19.

Critics also deplore that Algeria is heading straight to the abyss after it has dilapidated much of its oil and gas wealth and shunned genuine economic reforms that would alleviate its dependence on hydrocarbons.

The coronavirus has further exacerbated the crisis amid a fall of the dinar, inflation, rising unemployment and surge of insecurity across the country.