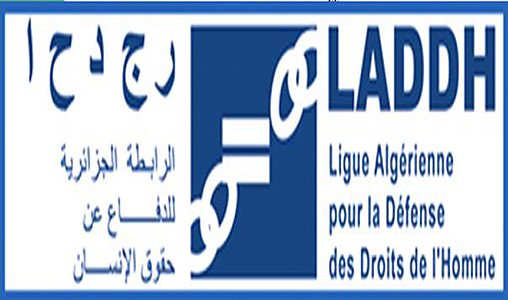 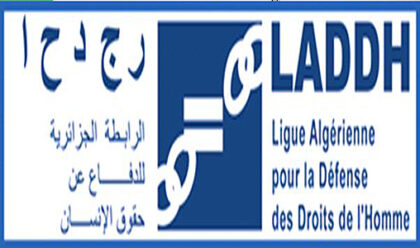 The Algerian League for the Defense of Human Rights (LADDH) has depicted a bleak picture of the economic, social and human rights situation in the country, warning that the power in Algeria “takes a dangerous path for the future of the country”.

“The government is taking a dangerous path for the future of the country instead of focusing on the exemplary pacifism with which Algerians express themselves,” said the organization in a statement released Wednesday, few days before the celebration of the second anniversary of the popular uprising of February 22, 2019, which ousted President Abdelaziz Bouteflika from power.

The League, which expressed concern about the degradation of social life and human rights in the country, called on the authorities to take “concrete” and “immediate” measures to remedy the situation.

“The picture is bleak during these two years: too many arbitrary arrests, too many routine convictions, too much exclusion, distress and misery,” president of LADDH, Noureddine Benissad, was quoted in the statement as saying.

The LADDH stressed that the change demanded by the people “is possible” and that “it is based on respect for human rights,” which is a legal, political and moral obligation for all and for those who hold power in the first place.

The human rights organization said it is alarmed by the “spread of poverty”, “unemployment” and the “aggravation of the situation of the most vulnerable,” deeming it essential, especially in this pandemic situation, to “take concrete and immediate measures”.

While reiterating the fundamental requirements of the Hirak, namely “the release of all prisoners of conscience”, “respect for the freedoms of opinion, expression, assembly, peaceful demonstration”, “a free press” and “an independent judiciary”, the LADDH stressed that “in view of the economic and social challenges that lie ahead, only a historic compromise can make it possible, through the establishment of a true rule of law, to preserve social cohesion and civil peace”.

North Africa Post's news desk is composed of journalists and editors, who are constantly working to provide new and accurate stories to NAP readers.
NEWER POSTMoroccan Sahara: Madrid deals new blow to the Polisario, its supporters in Spain
OLDER POSTRemittances from Moroccan expatriates resilient in 2020 but only 10% invested