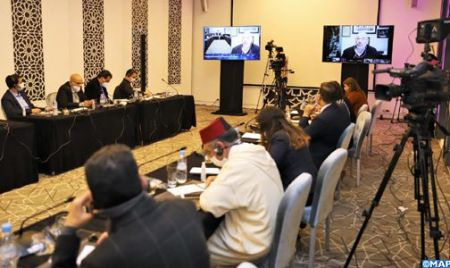 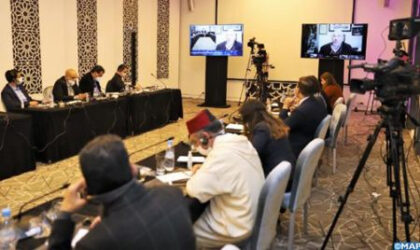 Morocco has adopted a comprehensive and integrated strategy in its fight against terrorism and violent extremism, which enabled it to become a pioneer in this field and enjoy wide international recognition, said officials and experts taking part in the annual international conference on “Combating Violent Extremism: New Responses to New Challenges” that opened on Tuesday in Rabat.

The three-day conference debates focus on evolving terrorist threats, ways of combating extremist & hate propaganda, de-radicalization and rehabilitation programs as well as women and violent extremism: for a new approach that transcends stereotypes.

According to security experts, the general landscape of terrorist threats in the world has changed during the last three years at the operational level and geographical redeployment of terrorist organizations especially during the current global health crisis generated by covid-19 pandemic.

The terrorists have changed their tactics, their modus operandi, communication tools and priorities of the targeted objectives and countries.

The continuing instability in some zones like the Sahel, Libya, and Yemen and the proliferation of weapons constitute a fertile ground for terrorism expansion.

As the whole world is focusing on Covid-19 epidemic, ISIS may avail this opportunity to regroup and to reinvigorate its activities to gain momentum, warn the counter-terror analysts.

They call on the world leaders to remain alert and united in the fight against Jihadists which can exploit the pandemic’s socio-economic fallout to recruit vulnerable people to serve the radicalization agenda.

During the opening session, several participants highlighted Morocco’s counterterrorism strategy that earned the Kingdom a pioneering position at the regional and international levels in this area.

Morocco has adopted effective measures at all levels, including legal and security aspects, restructuring of the religious field, the socio-economic dimension and international cooperation, in accordance with the standards in force and full respect of the law and human rights, underlined the director of the Central Bureau of Judicial Investigation (BCIJ), Habboub Cherkaoui.

Morocco’s general strategy, based on pro-activity, religious immunization and the fight against precariousness, has succeeded in managing this issue, thanks to the close coordination between all bodies.

Additionally, Morocco has established a criminal policy that complements the security-oriented policy by strengthening the legal arsenal, and consolidated its international cooperation through the conclusion of some 80 bilateral agreements in the field of violent extremism and terrorism.

The Rabita Mohammedia of Ulema, one of the organizers of the conference, underlined that its efforts to combat trends of terrorism and violent extremism are not limited to the security-oriented approach but also include the method of intellectual confrontation.

To that end, the Rabita has adopted tools and methods to dismantle religious discourse, its mechanisms, and conceptual apparatus, through 20 booklets aimed at developing the immunity of the youth to extremism.

North Africa Post's news desk is composed of journalists and editors, who are constantly working to provide new and accurate stories to NAP readers.
NEWER POSTMore voices call EU to follow the example of the US, recognize Morocco’s sovereignty over its Sahara
OLDER POSTTunisian Prime Minister sacks five ministers amid ongoing political deadlock