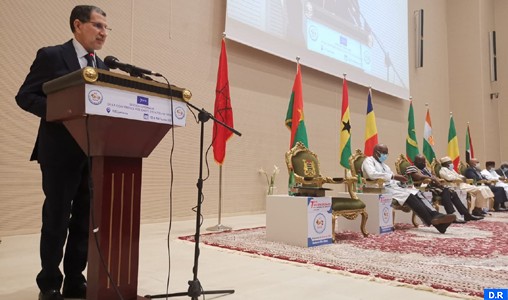 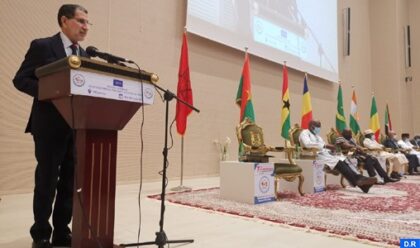 Morocco was officially invited to attend a high-level security summit by member states of the G5-Sahel group, which was created to pool the efforts of Burkina Faso, Chad, Mali, Mauritania and Niger against all sorts of terrorist threats.

Head of the Government Saad Eddine El Othmani arrived in Chad’s capital to represent King Mohammed VI in the meeting and reaffirm the Kingdom’s plea for strengthening the region’s joint efforts against terrorism.

“The participation of Morocco confirms its unwavering support for these brotherly countries to overcome various challenges,” El Othmani said.

Speaking at the summit, El Othmani stressed that defeating terrorism requires more work on the ground to achieve sustainable human development, and that the fight against terrorism has political, economic, social and human dimensions.

He underscored Morocco’s solidarity and active support for Sahel states saying “We are not and we have never been spectators of what is happening in the Sahel.”

While reiterating Morocco’s call for joint action against terrorism, El Othmani deplored that victims of terrorist groups in some countries multiplied five-fold and that 3.5 million others were displaced because of the scourge.

He cited in particular the damage left by the “Islamic State” which perpetrated 41% of terrorist attacks in the region between 2019 and 2020.

As Sahel countries tighten the noose, terrorists seek safe havens in areas that have been insulated until recently such as the Gulf of Guinea.

El Othmani recalled that King Mohammed had warned against the nexus between terrorist groups and separatist movements and urged a collective response to counter these threats.

Stemming the ideological root-causes of terrorism is equally important, he said, citing Morocco’s actions to counter extremism. So far, the Mohammed VI institute for the training of Imams has offered training to 937 Imams from the ECOWAS countries, he recalled.

The Head of Government also touched in his address on the issue of desertification and climate change, noting that more than 12 million people are in a situation of food insecurity, and the impact on agriculture is estimated to reach more than $2 billion per year by 2030.

Morocco will strengthen its commitment to the Climate Commission for the Sahel region, created at the African Summit for Climate Action, held under the effective chairmanship of King Mohammed VI in 2016, he announced.

“These multidimensional challenges make us realize the importance not only of ensuring sustainable financing for the G5, but also of increasing this financing. The pledges made at the G5 Sahel Partners and Donors Coordination Conference must be kept,” he said.

The summit, bringing together Presidents of the G5 countries, is discussing over two days different issues relating to their common fight against terrorist groups.

French President will also take part in the summit through video conference amid a surge of terrorist groups that took advantage from porous borders and connivance with criminal groups and separatists such as the Polisario to engage in all sorts of trafficking.

Spain, Germany and the US have also confirmed participation at this event which shall discuss how to step up efforts to respond to terrorist threats in the region.