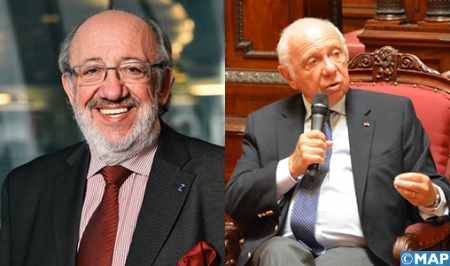 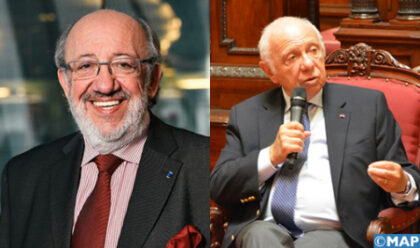 Two senior Belgian politicians have called on the European Union to support the Autonomy Plan for the Sahara, proposed by Morocco, a reliable EU partner.

Louis Michel, former State Minister, and Jacques Brotchi, honorary President of the Belgian Senate, issued on Saturday a joint statement, urging the European Union to back the autonomy solution under Morocco’s sovereignty for the resolution of the regional conflict over the Sahara.

“It is high time for the European Union, as a global actor, to position itself on the world stage by promoting the resolution of the (Sahara) conflict because if Africa is primarily concerned, Europe and the Middle East can follow suit.”

The two Belgian politicians warned that stability in Europe depends on Africa’s security.

“We believe that the process of this dispute needs a new lease of life in order to put an end to destabilizing actions in the particularly strategic and dangerous Sahel-Saharan region. The future of Europe depends on stability in Africa, and most particularly in this important region, seen by many as the border of southern Europe. The Biden administration, well aware of the high stakes, does not appear to want to question the Moroccan character of the Sahara,” said Louis Michel and Jacques Brotchi in their joint statement that was relayed by several European websites, including “eubriefs.com”, “eupoliticalreport.eu”, and “eutoday.net”.

The two senior leaders recalled that diplomatic efforts, however laudable they may be, do not make it possible to unblock this frozen conflict between the Kingdom of Morocco and the Sahrawi separatists, supported by Algeria.

“The holding of a self-determination referendum by the UN seems to have been largely abandoned and is no longer addressed in UN texts,” they said.

They pointed out to the decline of Algeria and its support for the Polisario separatists saying that “support for such separatist movements, and their murderous tactics, whether in Europe, the Arab world, or in Africa is weakening, a welcome development that was largely confirmed during the Ministerial Conference in Support of the Autonomy Initiative under the Sovereignty of Morocco which was held on January 15 under the auspices of the Kingdom and the United States. On this occasion, the participants pledged ‘to plead for a solution based solely on the Moroccan Autonomy Initiative”.

Their joint statement comes in a series of growing international support for Morocco’s autonomy plan described since 2007 by the UN and major powers as serious and credible.

“Now we can see that the world is moving slowly but surely towards the recognition of the sovereignty of Morocco over Western Sahara, a positive move for geographic, political and geo-strategic reasons,” they said.

Their statement came after Morocco urged the EU to shun comfortable statements that only bolster the status quo and adopt a position in favor of the autonomy proposal as a solution that will end the deadlock and help achieve lasting peace and stability on the EU’s southern borders.

Morocco hopes the EU will follow the US suit in supporting the autonomy plan under Morocco’s sovereignty and help put an end to a conflict nurtured and created by neighboring Algeria.

“Morocco, a privileged and reliable partner of the EU, a dynamic and forward-looking country, has now become a key regional actor in creating the conditions for a realistic, secure, lasting and effective political solution for Western Sahara. Since returning to the African Union Moroccan diplomacy has been particularly active, welcoming a number of African ministers on official visits. Its influence on the continent can be measured by the number of consulates opened (20 UN member states currently) since 2019 in the cities of Dakhla and Laayoune,” they added.

North Africa Post's news desk is composed of journalists and editors, who are constantly working to provide new and accurate stories to NAP readers.
NEWER POSTHow a grotesque show betrays the incredible incompetence of the Algerian regime
OLDER POSTEgypt set to reopen embassy in Libya Today