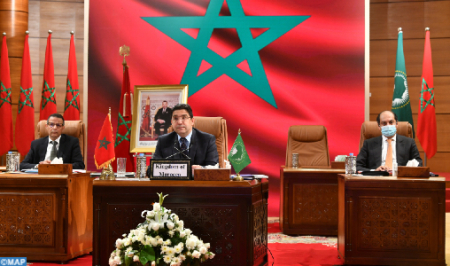 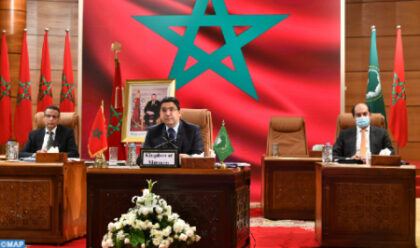 The return of Morocco to the African Union meant the end of an era when Algeria and its pro-separatist allies used the continental union to serve their national agenda to the detriment of Africa’s supreme interest.

Nasser Bourita, speaking after an African Union Summit, made it clear that the African Union did not mention the Sahara issue in any of its reports in keeping with resolution 693 which stipulates the exclusive character of the UN process to resolve the regional dispute.

However, there were manoeuvres by member states hostile to Morocco’s territorial integrity to violate that resolution but in vain.

The Troika which brings together current, outgoing and upcoming presidents of the African Union is the only body entitled to examine the Sahara issue in a way that backs the UN efforts.

Bourita said that the calls to convene the troika to discuss the Sahara issue were dashed because the outgoing African Union President: South Africa, was not a neutral party.

The Moroccan official voiced hope that the new presidency of the African Union by the DRC will redress some of the legacy of bias left by South Africa.

Bourita also welcomed the election of new AU commissioners notably at the peace and security council with the departure of Algeria’s Ismail Chergui who left behind a record of bias in his mulish support for the Polisario chimera combined with an inefficiency in pushing for an active role of the African Union in resolving Africa’s surge of armed conflicts.

“All those who want to involve the African Union in the Sahara issue will always find the Moroccan diplomacy as a bulwark,” said Bourita.

Towards a freeze of Polisario membership in AU

The Polisario was introduced as a full member into the predecessor of the African Union in 1984 at a world war context using oil money. Morocco left the organization in reaction while focusing on fostering bilateral ties with different African friendly states.

It is worth mentioning that prior to Morocco’s return to the African Union, 28 countries submitted a motion calling for a freeze of Polisario’s membership.

The withdrawal of the Polisario requires a resolution with two-thirds of votes. Now that vote seems at hand for Morocco which has fostered ties with countries from all corners of Africa.