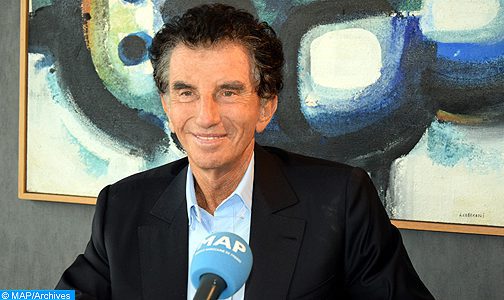 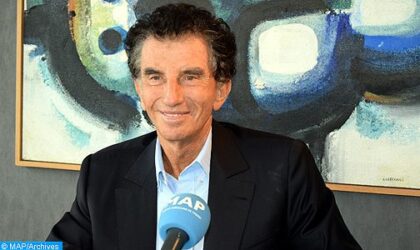 The Institute of the Arab World (IMA) will celebrate next fall the history of the Jews of the East and the Arab World, a world premiere wherein Morocco will take a prominent place, said chairman of the Paris-based Institute, Jack Lang.

Despite the Covid-19 pandemic, IMA maintains its plans and continues preparing several landmark events, including a major exhibition which will shed light on the centuries-old history of the Jews of the East and the Arab world.

For this major event, the Arab World Institute has asked several countries to provide it with books, documents and ancient Jewish items, said Jack Lang.

“Morocco will be, of course, present in this exhibition on the History of the Jews. We know to what extent Moroccan Judaism is an original and exceptional Judaism which has deeply influenced Moroccan culture and life”, said the IMA chairman.

The Moroccan exception comes from the diversity of its cultural and blending various intellectual influences, honoring all the cultural and spiritual heritage of the country.

The Moroccan cities of Fez, Essaouira … will be present during the IMA-Jewish exhibition, said Mr. Jack Lang.

The IMA President also said that by promoting culture, including during the Covid-19 pandemic, and by proving to the whole world that we can reconcile culture and health, Morocco, under the leadership of King Mohammed VI, sets an example.

“I am happy that Morocco has taken the decision to maintain the link with culture during the pandemic. It is a model for other countries. I believe that this initiative is excellent and deserves to be followed”, Lang pointed out in an interview with MAP.

In this regard, he paid tribute to the Monarch “a man always very attentive to the development of cultural and intellectual life”.

“The Moroccan model is quite remarkable” and the decision to maintain a cultural life in Morocco is “a happy decision” which must be applauded and deserves to be followed by other countries.

He said that he has been “so impressed and enthusiastic” by Morocco’s initiatives that he tried to make them known in France. “I wrote to the Minister of Culture and other French authorities to report to them the example of Morocco, telling them to follow the example of the Kingdom which is quite remarkable and which shows that we can reconcile culture and health.”

Regarding the current cultural effervescence in Morocco (opening of museums in particular the Villa Haris museum in Tangier, the music museum in Meknes, start of construction work of the Judaism museum in Fez, etc.), the president of the IMA noted that “once again, Morocco shows that it is an exceptional country”.

In addition, the President of the IMA commented Morocco’s management of the Covid-19 crisis and the vaccination campaign that has just started.