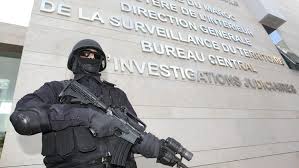 Morocco’s General Directorate for Territorial Surveillance (DGST), equivalent of UK’s MI5, has tipped off the FBI about a terrorist plot hatched by a US soldier who was nabbed by US authorities on January 19, said on Tuesday Mr. Haboub Cherkaoui, Head of the Central Bureau of Judicial Investigation (BCIJ).

The case of US Army private Cole Bridges, who was arrested in coordination between FBI and US army for plotting a terrorist attack and for his ties with ISIS, had set off concern of the Moroccan domestic intelligence agency for his jihadist views posted in social media, said Mr. Cherkaoui in a statement to Moroccan news agency MAP.

In Sept.2020, the DGST informed the FBI about this soldier and his terrorist activity, said chief of the BCIJ.

The case of this soldier, who will stand trial for plotting a terrorist attack on the 9/11 memorial in Manhattan, has been reported lately by US “News Talk Florida”.

“Bridges provided detailed diagrams and even training manuals to help ISIS fighters better kill American forces,” according to US daily.

Bridges joined the US Army in 2019, the same year that prosecutors say he started being immersed in the propaganda of terrorist groups and became a pledged supporter of jihadi terrorists. The young cavalry scout with the 3rd Infantry Division based at Fort Stewart, Georgia soon went public with his radical views. He began promoting these views online through social media and interacting on extremist forums, according to the daily.

The case was brought to the attention of the United States government in September 2020 by the Moroccan intelligence agency known as the General Directorate for Territorial Surveillance but, better known by its French initials — DGST, the publication said.

A statement issued by the NY Attorney’s Office says Cole Bridges , who had been positioned from September until November 2020 at a US military base in Germany, is facing federal terrorism charges for attempting to provide material support to ISIS and for attempting to murder US military personnel. If convicted, each crime carries a maximum sentence of 20 years in prison though actual sentencing will be left to the judge.

The arrest of Bridges thanks to information provided by the DGST is another example of the close security cooperation between Rabat and Washington, which is part of the multifaceted strategic partnership binding the two countries.

As a sign of the importance given by the United States to this aspect of its solid relations with the Kingdom, former US Secretary of State, Michael Pompeo, during his official visit to rabat in 2019, visited the headquarters of the DGST in Temara for talks with the director general of the General Directorate of National Security (DGSN) and of the DGST, Mr. Abdellatif Hammouchi.

Last September, the former US ambassador in Rabat, David Fischer, held discussions with Mr. Hammouchi on several security issues of common interest, in particular the mechanisms of cooperation and coordination in the fight against terrorism, violent extremism, organized crime and their growing links in the region of North Africa and the Sahel.