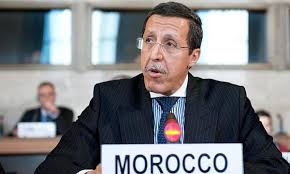 Morocco’s Permanent Representative to the UN, Omar Hilale, on Tuesday sent a letter to the UN Secretary General and to the President and members of the Security Council, in which he denounced South Africa’s the maneuvers and misleading tactics about the Sahara issue.

The Moroccan ambassador’s letter comes following the correspondence that South Africa’s Permanent Representative to the UN had sent on December 29, 2020, to the UN Secretary-General, related to what he called “the decisions of the fourteenth extraordinary session of the Assembly of the African Union, on the theme + Silencing the Guns +, including a decision on the Western Sahara issue”.

In his letter, Ambassador Hilale pointed out that the South African correspondence misleadingly suggests that the AU Extraordinary Summit on “Silencing the Guns” was exclusively dedicated to the Moroccan Sahara issue, while the reality is totally different. The South African approach to singling out the Sahara issue reveals a double attempt, at the procedural and substantive levels, to mislead the UN Secretary-General and the Security Council, the Moroccan diplomat explained.

At the procedural level, the decision and declaration of the AU 14th Extraordinary Summit consist of 57 paragraphs, of which only one addresses the Sahara issue, he said, adding that the wording of this paragraph is declaratory in nature, and is in no way operational.

At the substantive level, Ambassador Hilale clarified that South Africa has knowingly ignored a set of issues discussed and included in the AU Extraordinary Summit’s decision and declaration such as the threats and conflicts that hamper the development of the African continent, and the bold policies and structural economic advances, such as the African Continental Free Trade Area.

South Africa’s unavowed goal is to focus the attention of the Secretary-General and the Security Council on one issue among the 40 or so topics raised during the AU Summit at the expense of the great concerns, expectations and hopes of the continent, the Moroccan diplomat outlined in his letter.

The diplomat expressed Morocco’s deep regret that South Africa, which was holding the presidency of the Security Council, at the time of sending its correspondence, had departed from the neutrality imposed on it by its functions.

He also regretted the fact to see South Africa instrumentalizing the African Union and deviating its decisions and declarations, in favor of its ideological-political agenda.
The letter sent by Morocco will be published as an official document of the Security Council and recorded in the annals of the United Nations.

North Africa Post's news desk is composed of journalists and editors, who are constantly working to provide new and accurate stories to NAP readers.
NEWER POSTAll UN Member States received US proclamation recognizing Morocco’s sovereignty over its Sahara
OLDER POSTMorocco ready to roll out vaccine as soon as it receives doses