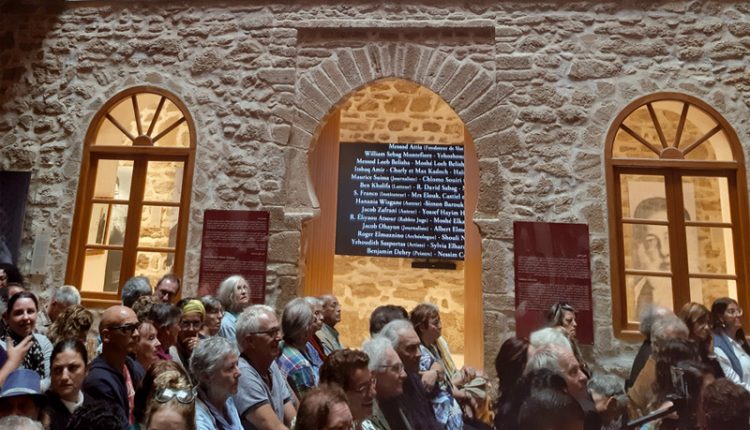 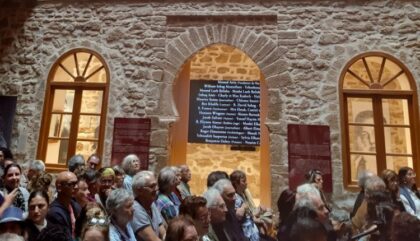 King Mohammed VI of Morocco remains firmly committed to the country’s long-standing history and to the legacy of his ancestors regarding the preservation and promotion of coexistence between Moroccan Muslims and Jews.

The remarks were made by Morocco’s Permanent Representative to the United Nations, Omar Hilale, during a virtual dialogue, held Thursday.

During the event, held under the theme “Israel and Morocco Reconnect” organized and moderated by Rabbi Arthur Schneier of New York’s Park East Synagogue, Hilale spoke of the centuries-old heritage Morocco has elicited from its cultural diversity, indicating that the bonds and connections between the diverse inhabitants even predate the arrival of Islam in the North African kingdom, underlining the Kingdom’s distinctive vocation as a melting pot of religions, cultures, and peoples.

Hilale also surveyed the continuous efforts made by Morocco’s successive kings to protect Moroccan Jews by preserving their rights and cultural identity. He recalled in this vein the late King Mohammed V’s historic decision to ensure the protection of Jewish citizens during the Holocaust by refusing to send them to concentration camps in Europe.

“This exceptional history of coexistence is the reason why Morocco is home to the largest Jewish community in the Muslim world. It shows how Moroccan Muslims and Jews enjoyed a natural peace, a harmonious coexistence that is historically rooted in Moroccan DNA and collective identity,” he said.

The diplomat highlighted the vision of King Mohammed VI seeking to preserve Morocco’s Jewish and cultural heritage, the natural coexistence between Moroccan Muslims and Jews, recalling that the Sovereign has repeatedly stressed the need to condemn antisemitism, to instill the values of tolerance and religious coexistence in Moroccan society and to learn the lessons of the Holocaust.

Referring to the various measures initiated by the King for the preservation of Morocco’s Jewish heritage and identity, the diplomat noted that the preamble of the Moroccan Constitution of 2011 acknowledges the role of Judaism in the history of the Kingdom and recognizes that the Jewish component is part of the tributaries of national identity.

He also highlighted the Royal initiatives to rehabilitate Jewish cemeteries, districts, and synagogues in Morocco, as well as the restoration of the Moroccan Jewish heritage in its entirety.

The inauguration of “Bayt Dakira” (the House of Memory) in Essaouira and the reform of the educational curricula to include the teaching of Moroccan Jewish culture and history are part of these initiatives that aim to preserve the history of Judaism in Morocco and keep alive its memory for future generations, the ambassador explained.

“Today, the vast majority of Moroccan Jews live in Israel, where they constitute the second largest Jewish community, with a population of about one million,” the ambassador noted.

Indeed, the descendants of the Moroccan Jewish community now constitute one of the pillars of Israeli culture in areas such as television, theater, literature, song, poetry and cinema, while a third of the members of the Israeli government are of Moroccan origin.

“We are proud to have such a Moroccan Jewish community that has remained loyal and attached to Morocco and its Kings over the years,” Hilale said, recalling the unforgettable statement of the late king Hassan II: “when a (Moroccan) Jew emigrates, Morocco loses a citizen, but gains an ambassador.”

On the new impetus given to Moroccan-Israeli relations, Hilale said this new dynamic should in no way be described as “normalization” but rather as “reconnection”.

According to the ambassador, the reopening of diplomatic liaison offices is an opportunity to consolidate a diplomatic relationship that has existed for many years, and marks a global vision to build a dynamic and innovative bilateral economic cooperation in the fields of trade, finance, IT, civil aviation, tourism, water and agriculture, food security, energy, sports and many other areas.

“There is real enthusiasm in Morocco and Israel for this reconnection,” the diplomat added.

For his part, Rabbi Arthur Schneier paid tribute to King Mohammed VI for his “highly commendable” actions to preserve the Jewish memory and identity in Morocco, particularly through initiatives to restore the Jewish cemeteries and synagogues.

Rabbi Schneier, himself a Holocaust survivor and a fervent advocate of the memory of this human tragedy and of efforts to prevent genocide around the world, also praised the Monarch’s efforts to raise awareness about the Holocaust and promote peace and peaceful coexistence among religions.