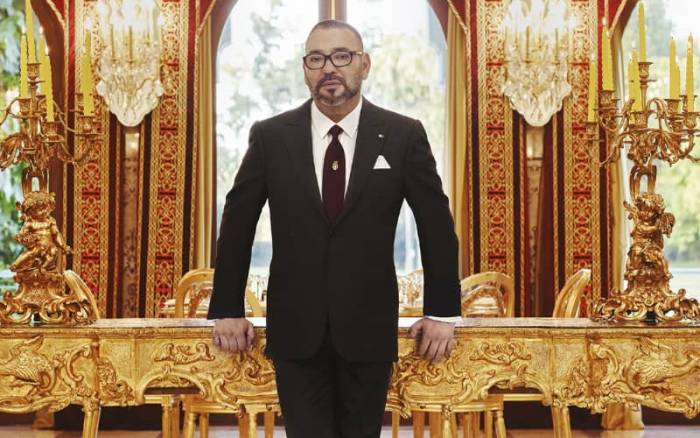 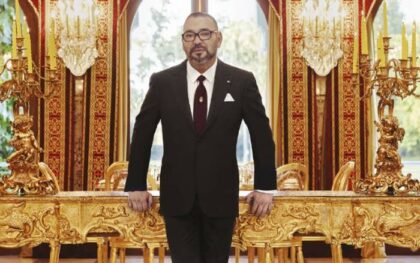 Outgoing President Donald Trump awarded the Legion of Merit, Degree Chief Commander, to Morocco’s King Mohammed VI, for his positive impact on the political landscape of the Middle East and North Africa, and his leadership in bolstering Morocco-USA partnership, the White House announced Friday in a statement.

“Over his more than two decades of leadership, King Mohammed VI has advanced the deep and enduring partnership between the Kingdom of Morocco and the United States across all domains,” the statement said, commending the Monarch’s vision and personal courage—including his decision to resume ties with the State of Israel— that “have positively reshaped the landscape of the Middle East and North Africa and ushered in a new era of security and prosperity for both countries and the world.”

Morocco’s Ambassador to the United States, Princess Lalla Joumala, accepted the award on behalf of the King in a private ceremony at the Oval Office.

The Legion of Merit, Degree Chief Commander, is a rarely-awarded, prestigious decoration that can only be bestowed by the President, typically to chiefs of state or heads of government of other countries, the statemeny said.

At the same private ceremony, and on behalf of King Mohammed VI, the Moroccan ambassador decorated President Donald Trump with the Wissam Al-Mohammadi, Morocco’s highest decoration, generally reserved for heads of state.

President Trump was awarded the distinction for his work in advancing a normalization deal between Israel and Morocco, a senior administration official told Reuters.

Royal Wissams have also been awarded to Jared Kuchner, White House senior adviser, and Avi Berkowitz, the president’s envoy for the Middle East, for their work on the Israel-Morocco deal, which was reached in December, according to Reuters.

The United States in the last five months helped broker deals between Israel, the United Arab Emirates, Bahrain, Sudan and Morocco. The agreements are aimed at normalizing relations and opening economic ties.