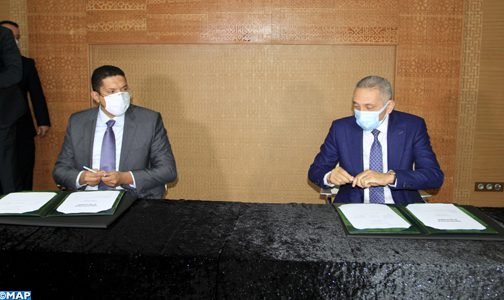 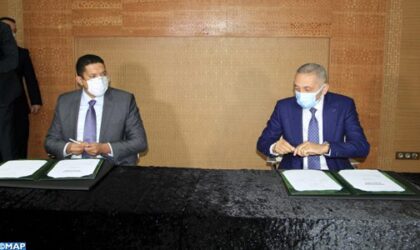 Japanese Corporations Yazaki, which makes car components, and Sumitomo Electric Industries will set up four plants in Morocco for a $103 million investment. These plants will create 8300 jobs and support Morocco’s car industry.

The two Japanese groups signed on Tuesday separate agreements with Moroccan authorities in a ceremony chaired by Minister of Industry and Trade Moulay Hafid Elalamy.

Under terms of the sealed deal, Yazaki has pledged to invest $52.2 million for the expansion of its activities in Morocco through the setting up of three new plants in Tangier, Kenitra and Meknes, to employ a total of 6300 skilled workers.

For its part, Sumitomo, a leader in wiring systems, will launch its 5th plant in Casablanca to meet the needs of its local and international customers. The Japanese group will invest over $51 million in the new industrial unity to create 2000 jobs.

These new investments show the resilience of the Moroccan industrial sector and trust of world industrial leaders and businessmen in Moroccan production platforms, said El Alamy.

Thanks to the royal guidance and leadership, Morocco is on the verge of becoming the most competitive automotive hub in the world, added the minister.

The Yazaki group is operating in Morocco since 2000. It has a plant in Tangier employing 4650 people, two in Kenitra employing 4200 workers and a fourth in Meknes employing 4000. Its turnover in Morocco exceeds annually $586 million.

The Sumitomo Corporation is present in Morocco since 2001. It has three subsidiaries: Sews MFZ, SEBN and Sews Cabind. With 25,000 jobs created, this group is the 1st employer in Morocco. Its Sews Cabind Company employs more than 6300 workers in its 4 production units, including 2 in Ain Harrouda, 1 in Casablanca and another in Berrechid.