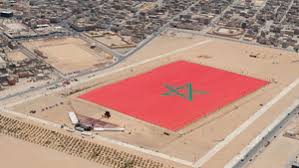 Inauguration of American Consulate in Dakhla Set for Jan.10

The United States will inaugurate its consulate in the Saharan Moroccan city of Dakhla on January 10. The opening of the US consular mission comes nearly one month after Washington recognized Morocco’s full sovereignty over its entire Sahara territory.

On this occasion, the US will also open an office destined to boost regional investment. These inaugurations will take place as US Assistant Secretary of State for Near Eastern Affairs is expected in Morocco within the frame of a tour which has already led him to Jordan and Algeria.

During his trip to Algiers, Secretary Schenker reiterated Washington’s support for Morocco’s sovereignty over the Sahara, reaffirming that a political dialogue based on Morocco’s autonomy initiative is the only solution to this regional conflict.

DFC is planning $5 billion investments in Morocco and across the region through the funding of several projects seeking to strengthen Morocco’s role as an economic hub for the African continent.

DFC will open a branch at the US Embassy in Rabat to facilitate access to American investors and promote Moroccan-US joint cooperation towards Africa.