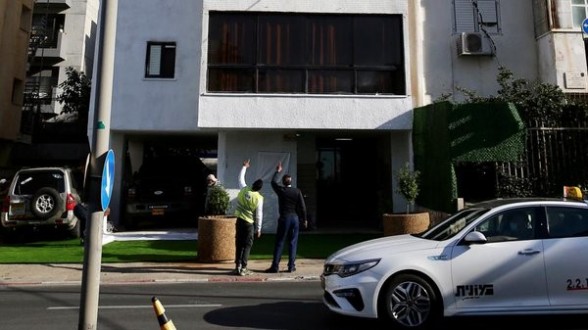 Morocco about to open its liaison office in Tel Aviv 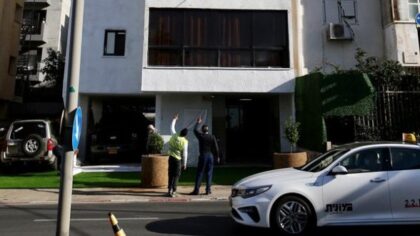 Morocco’s liaison office in Tel Aviv will soon open following a visit by a junior foreign ministry delegation to the Israeli capital this week after a landmark US-Israel-Morocco deal.

Ofir Gendelman, spokesperson for Israeli Prime Minister Benjamin Netanyahu to Arab media, published on his twitter account a photo of the headquarter of the liaison office.

The same building housed the liaison office in 1994 and has been kept by the foreign ministry since then.

Morocco has closed the office in 2000 after the Palestinian intifada.

A Moroccan delegation, exclusively made up of technicians, visited Tel Aviv late December to rehabilitate the premises of the Moroccan liaison office in the city.

During the visit, Morocco and Israel materialized the resumption of bilateral ties with the signing of four agreements covering direct flights, visa waivers for diplomats, investment and financial facilitations and water management.

Direct air flights will be launched in mid-January and discussions were held to foster cooperation in fields relating to agriculture, irrigation, innovation, textiles, agri-industry, and research and development (R&D) applied to industry, green technologies and renewable energies.

These industrial sectors with high potential for Morocco-Israel partnership have been identified during a virtual meeting between Minister of Industry, Trade and Green and Digital Economy, Moulay Hafid Elalamy, and Israeli Minister of Economy and Industry, Amir Peretz.

The two parties agreed to set up a joint working group to develop an action plan in the sectors identified, according to a statement by the Moroccan industry ministry.

The meeting between Elalamy and Peretz focused on prospects for fruitful cooperation between the two countries, building on their economic progress and responding to their development priorities and strategies, the statement said.

Israeli chief economist Shira Greenberg reacted to the importance of financial cooperation between Morocco and Israel, indicating that the agreements signed in Rabat during the American-Israeli delegation’s visit have potential to increase trade with Morocco by around $500 million a year.

The agreements would «contribute to increasing Israel and the region’s potential for growth. We believe that there is potential to increase trade with Morocco by around $500 million a year», she explained.

During the US delegation’s visit, deals worth 5 billion dollars have also been signed to promote US investments in Morocco and US support for Moroccan private investments in Africa.

As part of the deal, the US recognized Morocco’s sovereignty over the Sahara and promised to set up a consulate in Dakhla. The process to open the diplomatic representation in the Saharan city was officially launched, announced US Secretary of State Mike Pompeo on December 24.

The US top diplomat did not announce when the diplomatic facility will be physically opened but said in the meanwhile the US embassy in Rabat would operate a virtual consulate to serve the Sahara.
The US official also stressed his country’s determination to promote economic and social development in favor of the region’s population.