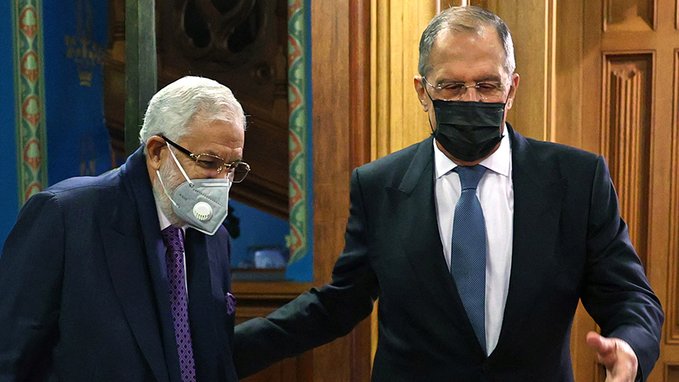 After France, Russia warns Haftar against resumption of hostilities in Libya 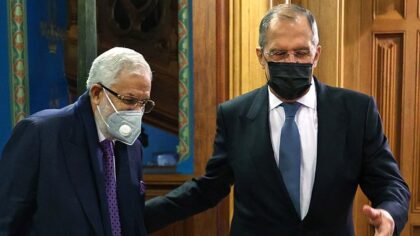 Foreign Minister Sergey Lavrov, at a press conference in Moscow following a meeting with his Libyan counterpart, Mohamed Siala, promised to give them maximum support for the peace efforts under way in Libya.

During the press conference Lavrov warned against resumption of hostilities in Libya, referring to a recent call to war by east-based strongman Khalifa Haftar to continue a civil war that had ceased in October following a truce with the country’s internationally recognized Government of National Accord (GNA).

Last Monday, France had also asked Marshal Khalifa Haftar to “refrain from any resumption of hostilities” and to “focus” on the search for a political solution.
“There is no military solution in Libya. The priority is to implement the ceasefire agreement of 23 October 2020, which provides for the departure of foreign forces and mercenaries, and to continue the political process under the authority of the United Nations,” said a deputy spokesman for the French Foreign Ministry.

“We call on all Libyan parties to support this process, to refrain from any resumption of hostilities and to focus on the appointment of a new executive and the organization of presidential and parliamentary elections.

The calls come after Haftar and Turkey traded warnings recently threatening to sap the UN-led peace efforts to end the infighting and political divisions in the oil-rich country.

A ceasefire was agreed at the end of October and negotiations held since then agreed on 24 December 2021 as the date for the presidential and parliamentary elections.

The Russian Foreign Minister appealed to both Libyan warring parties to engage in dialogue in order to put an end to the armed struggle.

He also stressed that cooperation between Russia and Turkey had led to a ceasefire in Libya and contributed to the organization of the Berlin peace conference on Libya. The recommendations approved were subsequently accepted by the UN Security Council.

Foreign Minister Mohamed Taha Siala on his part said during the press conference that the GNA has asked Russia to assist in the evacuation of foreign fighters in Libya.

“We asked for Moscow’s assistance to evacuate foreign fighters from Libya. We expressed our concern over seizing oil export revenues in a bank account that Libyans cannot benefit from,” the Libyan official said.

Libya, according to a UN report, has been awash with foreign fighters, siding with either of the warring sides, namely the GNA and its rival in the east of the country headed by Khalifa Haftar.

Russia, a backer of Haftar, is the target of international criticism which blames Moscow of sending mercenaries to the oil-rich North African country through Russian private security contractor, Wagner.