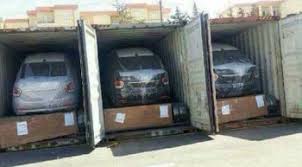 The Algerian government’s decision to ban imports of new cars has led to vehicle shortage and soaring of prices of used cars in a country that failed to launch its own car industry.

In Algiers, one can buy an old car for the price of a new car as the country adopts measures to keep hard currency from leaving the country in a measure that only treats the symptoms of Algeria’s economic dilemma instead of the root causes.

The country started limiting new car imports in 2016 in response to a drop in oil revenues and also in a failed bid to encourage local production.

The ban on new cars resulted in a disguised import of car parts for the assembly plants in the Algerian territory where authorities failed to encourage parts producers to invest due in part to an unfriendly investment environment.

The current government led by Abdelmejid Tebboune made the hasty decision of banning imports of car parts all together, leading manufacturers such as Volkswagen and Kia to shut down their plants in the country.

Renault, whose factory has been closed for ten months, has also threatened to shutdown for good due to car-part import restrictions.

Import restrictions aimed at achieving 30% of locally sourced parts, but this is impossible in the absence of ecosystems and a political and economic environment conducive for attracting foreign investors.

The debacle of the car industry in Algeria is but a symptom of an aging, corrupt and authoritarian regime that has failed Algerian youth and put Algeria on a risky path of inevitable debt and economic hardship.