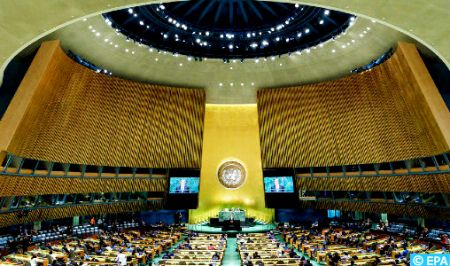 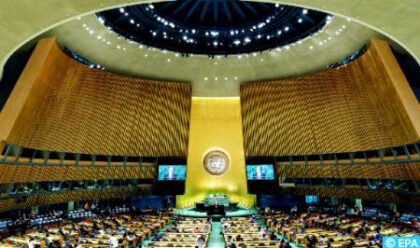 The artificial dispute over the Sahara is a question of Morocco’s territorial integrity and not of decolonization, said representatives of several members of the United Nations, on the occasion of a virtual conference held to mark the 60th anniversary of the adoption of the historic resolution 1514 of the General Assembly, also known as the “Declaration on the granting of independence to colonial countries and peoples”.

Speaking at the conference organized on Thursday, representatives of these states, namely Saudi Arabia, Senegal, Gabon, Gambia and Eswatini, stressed that the issue of the Moroccan Sahara is a regional dispute under consideration by the Security Council under Chapter VI of the United Nations Charter relating to the peaceful settlement of disputes.

In this regard, they expressed their support for the political process, conducted under the exclusive auspices of the UN Secretary General, and aimed at reaching a political, realistic, pragmatic, lasting and compromise-based solution to this regional dispute, as recommended by 17 Security Council resolutions since 2007.

The participants expressed their support for the Moroccan autonomy initiative under the sovereignty and territorial integrity of Morocco, as the only solution of compromise to this artificial dispute.

They said that the autonomy initiative is in conformity with international law, the Charter of the United Nations as well as resolutions of the General Assembly and the Security Council.

This side-event was also marked by the participation of Permanent Representative of Morocco to the UN, Ambassador Omar Hilale, who affirmed, on this occasion, that the decolonization of the Moroccan Sahara has been definitively settled through the Madrid Agreement in 1975 and its approval by the United Nations General Assembly.

The diplomat also noted that the implementation of self-determination, as provided for by General Assembly resolution 1514, remains governed by “a fundamental principle”, namely that of territorial integrity enshrined in the Charter of the United Nations.

North Africa Post's news desk is composed of journalists and editors, who are constantly working to provide new and accurate stories to NAP readers.
NEWER POSTAlgerian Imams asked to give diatribes against Morocco instead of Friday sermons
OLDER POSTAfrican Migration Observatory inaugurated in Rabat