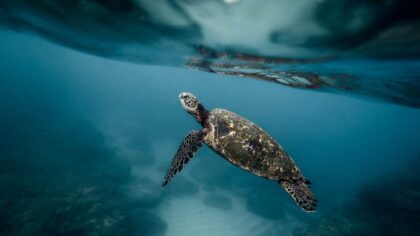 The agreement seeks to boost cooperation between Morocco and the EU in terms of research in different fields, including scientific research.

Morocco and the European Union (EU) signed on Tuesday an administrative arrangement on cooperation in marine research and innovation.

The agreement will give new impetus to cooperation between Morocco and the EU in the fields of higher education, scientific research, technologies, and marine innovation.

The arrangement also seeks to strengthen the networking of scientific activities between Moroccan and EU research institutions that border the Atlantic to capitalize on the opportunities offered by international cooperation in a transatlantic context.

The agreement was signed by Morocco’s Minister Delegate in charge of Higher Education and Scientific Research, Driss Ouaouicha and the European Commissioner in charge of Innovation, Research, Culture, Education, and Youth, Mariya Gabriel in a virtual ceremony.

Ouaouicha said that the ambition behind the arrangement and cooperation with the EU is to reinforce the capacities of Moroccan students and researchers in priority areas, especially in terms of scientific research.

“There is also a strong desire to encourage joint research, in particular in the fields of climate change, biodiversity and food security,” Ouaouicha said.

He said the EU and Morocco commit to promote the role of Morocco and its universities as poles of “regional excellence in areas related to higher education and scientific research.”

For her part, the Europedan commissioner said that Morocco, given its strategic location on the edge of the Atlantic Ocean and the Mediterranean Sea, is an important partner in ocean science.

The EU official also emphasized the need for cooperation and partnership with Morocco to reinforce understanding of marine ecosystems and the link between the Atlantic Ocean and climate change.

The European Commissioner said that the Morocco-EU administrative arrangement will contribute to strengthening cooperation between the EU and Morocco within the framework of the Alliance for Atlantic Ocean Research.