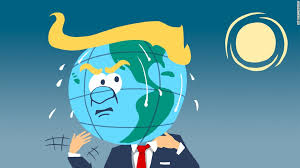 The kingdom of Morocco has featured among top ten countries on Climate Change Performance Index (CCPI) 2021, a position making the North African country one of the three world’s smaller countries to have made progress in reducing carbon emission.

The first three positions are empty because of overall poor performance on the index.

Morocco has scored 67.59 points on the scale of 100 and is with Chili and India the three developing countries to make it among the top 10. Iran, Saudi Arabia and the United States are the worst performers with respective scores of 24.58; 22.46; and 19.75.

CCPI, an independent monitoring tool, informs on the Paris Agreement’s implementation phase. The index was launched in 2005. The tool evaluates 57 countries and the European Union, which together generate 90%+ of global greenhouse gas emissions.

North Africa Post's news desk is composed of journalists and editors, who are constantly working to provide new and accurate stories to NAP readers.
NEWER POSTMorocco, EU to promote their cooperation in marine research
OLDER POSTCentral Bank of Libya holds first unified board meeting since 2014