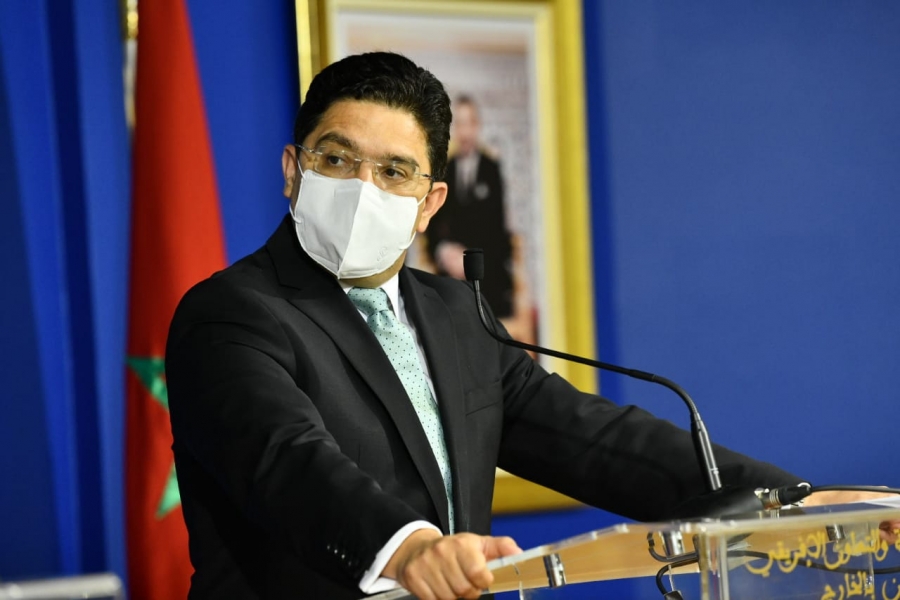 Moroccan Foreign minister Nasser Bourita has reaffirmed his country’s attachment to the ceasefire and to the political process, but warns it will react with the greatest severity, and in self-defence, against any threat to its security.

In an interview with the Parliament Magazine, Mr. Bourita said the repeatedly perpetrated illegal acts by Polisario militiamen since 2016 in the Guerguarat buffer zone and east of the security berm constitute a real threat to the ceasefire and a violation of agreements in blatant defiance of the calls to order of the UN Secretary General and Security Council resolutions.

Last month, these militias escalated further their provocations by blocking the movement of goods and people between Europe and West Africa, through Morocco at Guerguarat, said the minister.

Morocco has shown extreme restraint not out of weakness but rather because it is a responsible actor that favors multilateral and institutional treatment of issues of strategic importance to the region, underlined Mr.Bourita in the interview.

“We have engaged directly with the UN Secretary General, members of the Security Council and beyond, seeking to put an end to the Polisario militias’ belligerent behavior”, added the minister.

After these attempts failed, “Morocco decided to act within the framework of its rights and duties”, affirmed Mr. Bourita, noting that the Kingdom’s self-defensive action was carried out, without any bellicose intent, in accordance with clear rules of engagement, to restore free movement of people and goods between the North African Kingdom, its southern neighbor Mauritania and Sub-Saharan African countries.

He also said that Morocco has strong and historic ties with these countries and believes that regional cooperation is particularly important for border management in the fight against terrorism and in maintaining territorial integrity.