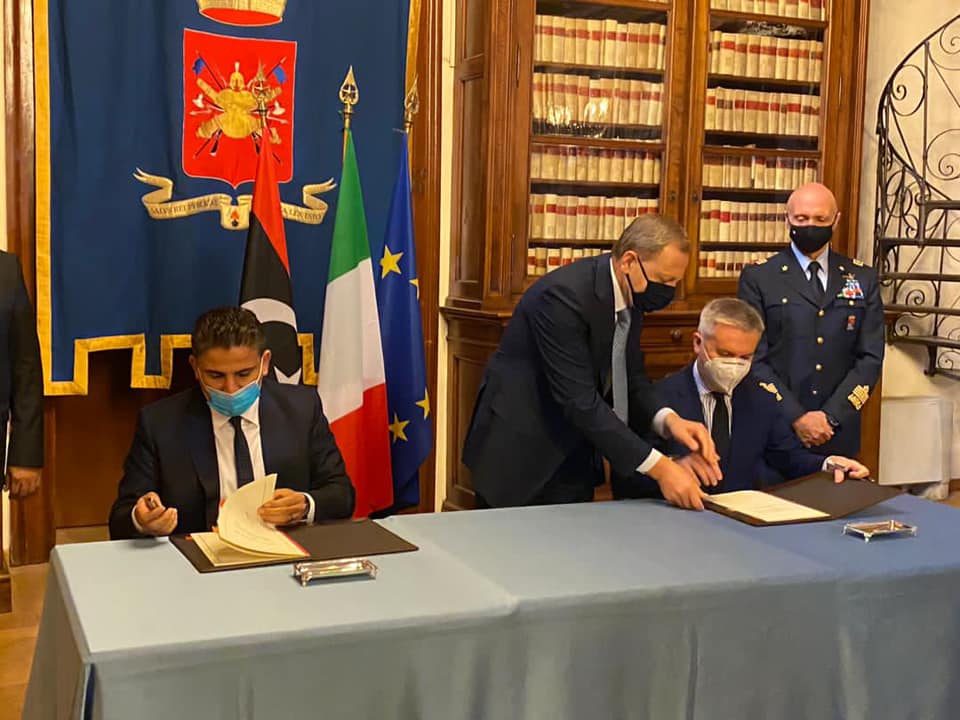 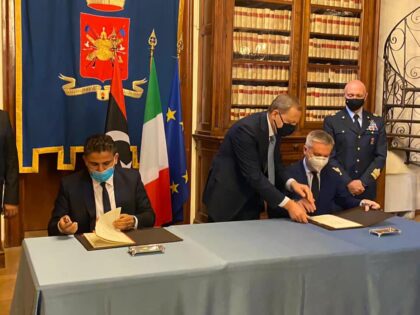 the UN-backed Libyan Government of National Accord, GNA, signed Friday a military agreement with Italy covering many areas including training, military education and cooperation in the field of illegal immigration.

Defense Minister Salah Al-Din Al-Namroush inked the deal with his Italian counterpart Lorenzo Guerini in Rome, according to media office of the Volcano of Rage Operation.

The two sides also agreed to cooperate in mine clearance, land and sea border security, ammunition and mines disposal, relief operations in cases of natural disasters, health emergencies, and other issues.

“This comes as part of the ministry’s efforts to enhance capacity and to expand our coalition, which we started with Turkey and Qatar, to include all brotherly and friendly countries that stood with the Libyan people during their plight,” Al-Namroush was quoted as saying.

Italy is one the few countries in the world still operating an embassy in the Libyan capital. The European country, former colonizer of Libya, has a medical and military mission stationed at an air base south of the city of Misrata under the control of the GNA.

North Africa Post's news desk is composed of journalists and editors, who are constantly working to provide new and accurate stories to NAP readers.
NEWER POSTSouth African President deals a blow to the Polisario
OLDER POSTEgypt’s poverty rate falls by 29 per cent, first ever in two decades