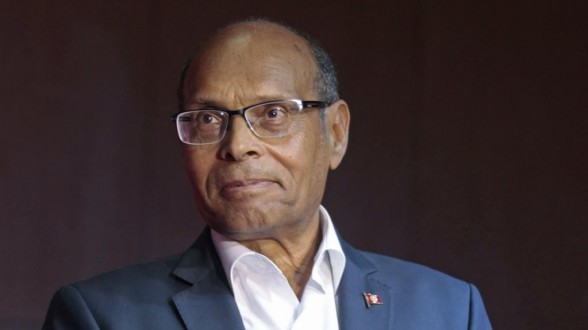 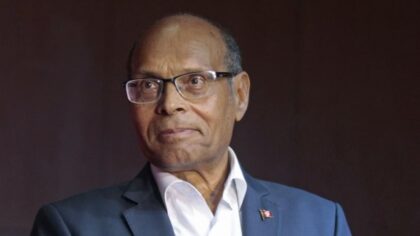 Former Tunisian President Moncef Marzouki called on the Sahrawis of Tindouf to move to Morocco instead of continuing to chase an unrealizable dream, nurtured by the Algerian regime.

“The declining Algerian regime sells illusions to the Sahrawis it holds as hostages in the service of a biased political choice,” said Moncef Marzouki during a recent videoconference meeting on the topic of freedoms and democracy in Algeria, organized by an Algerian NGO.

“I put myself in the place of thousands of Sahrawis from Tindouf in southern Algeria (…). What future do they have?” wondered the former Tunisian president, who believes that it is necessary to “forget the whims of a Sahrawi state.”

In his address, Moncef Marzouki exposed a better alternative for the Sahrawis, saying they could live in “three States” instead of one: an autonomy under Moroccan sovereignty, the Moroccan State where they could move, he said, freely from Tan Tan to Tangier, and finally a third homeland, the Greater Maghreb.

“You will be able to settle in Tunisia, work in Libya, study in Algeria and participate in the legislative elections in Morocco,” the former Tunisian president told Sahrawis in Tindouf.

In his address, Moncef Marzouki explained, once again, how Algeria undermined the dream of a Greater Maghreb whose construction would have been beneficial to its 100 million inhabitants and to the economies of the countries making up the Maghreb.

“Unfortunately, they (the Algerian leaders) made us waste a lot of time and caused several tragedies that we could have avoided,” he went on to say.

In a recent interview with “Al Quds Al Arabi”, the former Tunisian President denounced Algeria’s hostility to Morocco’s territorial integrity and the obstacles posed by Algiers to the Maghreb edifice.

“We can’t hold 100 million Maghreb citizens hostage because of some 100,000 Sahrawi separatists,” Marzouki said in the interview.

Marzouki was clear in denouncing Algeria’s support for separatism in southern Morocco and stressed the only feasible political solution to the conflict goes through the Morocco-Proposed autonomy initiative.

Marzouki’s statements have irked Algerian leaders and triggered a backlash in the media close to the Algerian Generals.

After Marzouki’s resounding remarks that exposed the plots hatched by Algerian rulers against Morocco’s territorial integrity, former high Mauritanian official Mohamed Ouled Lamine also decried the schemes of the Algerian regime and the Polisario to create a sixth state in the Maghreb.

For this former Mauritanian presidential adviser and ex- information minister, “supporting the creation of a sixth state in the Maghreb region would be a historical and monumental error”, making reference to the Algerian maneuvers to partition the Moroccan Sahara.

In an interview with Al Ayyam weekly, Mohamed Ouled Lamine dismissed the idea of “setting up a new state in a region with recognized borders by the international community”.