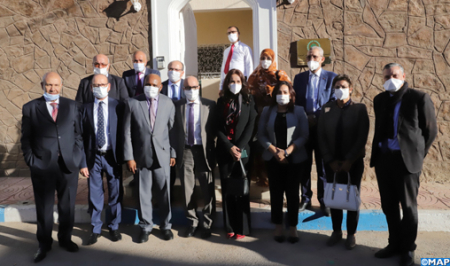 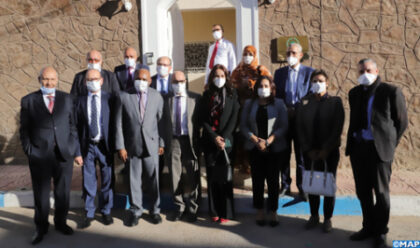 Consuls of several African and Arab countries in Laayoune underlined the need to upgrade the strong political and diplomatic relations with the Kingdom to the level of a strategic partnership.

This came during a meeting of the consuls with a delegation of the Foreign Affairs committee at the House of Representatives.

“Our consular representation in Laayoune, which reflects the excellence of Morocco-Emirates relations, is working to consolidate these ties that have been developing and consolidating for decades,” acting Consul General of the United Arab Emirates in Laayoune, Issa Al-Balushi told the media.

The aim is to give a new impetus to the prospects of optimal economic cooperation and investment promotion, he said, while expressing his satisfaction with the level of parliamentary cooperation between the legislative institutions of the two countries.

For his part, Said Omar Said Hassane, Consul General of the Union of the Comoros said that the meeting with the parliamentary delegation allowed to exchange views on the development of economic exchanges between the two sisterly countries.

“We also have a convergence of views on the need to realize the vision of King Mohammed VI in terms of African integration,” he added, welcoming the partnership already in place between the parliaments of the two countries.

In similar remarks, acting Consul of Gabon in Laayoune, Issha Lezin Boussougou spoke of the crucial role of legislative institutions in the achievement of the vision of the heads of state of both countries in terms of strengthening economic relations.

He announced that Laayoune and Dakhla will receive as of next academic year Gabonese students wishing to continue their studies in various institutions of higher education and vocational training in these two cities of the Moroccan Sahara.

The Gabonese diplomat also reiterated his country’s “strong support” for the Moroccan Sahara, recalling that Gabon was among the countries that took part in the glorious Green March in 1975.

The MPs delegation’s visit is part of the reinforcement of parliamentary diplomacy and cooperation relations with brotherly and friendly countries that have opened consular representations in the capital of the Moroccan Sahara.

The delegation visited the consulates of the United Arab Emirates, Gabon, Comoros Islands and Sao Tome and Principe.

After Laayoune, the parliamentary delegation will visit several consulates in the city of Dakhla, before a trip to Guergarat in a sign of support for the recent intervention of the Royal Armed Forces against Polisario militias in the area.