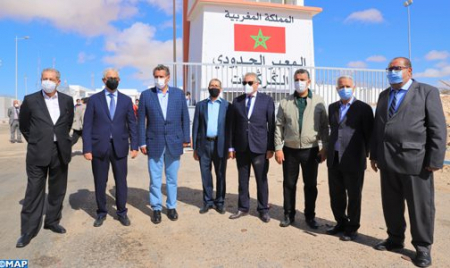 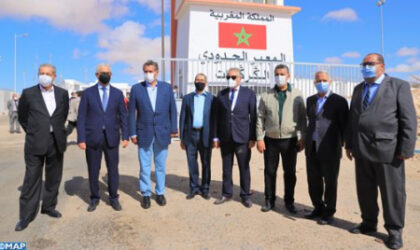 Heads of major Moroccan political parties visited on Friday the Southern border post of Guerguarat, near Mauritania, after the action carried out by the Moroccan army to secure and restore the normal traffic flow which was obstructed for three weeks by the Algeria-backed Polisario mercenaries.

The eight political leaders also praised “the peaceful and professional operation” carried out by the Royal Armed Forces (FAR) which has restored flow of goods and people between Morocco and Mauritania in particular, and between Europe and sub-Saharan Africa in general.

The Moroccan politicians reaffirmed their constant mobilization behind the Sovereign to foil all plots hatched by the enemies of Morocco’s territorial integrity, and denounced the Polisario provocations which threaten peace and stability in a region already suffering from terrorism, human, drug and arms trafficking, in addition to organized crime.

Heads of the major political parties commended the global outpouring of support to Morocco’s legitimate and self-defense intervention and to the serious, realistic and credible autonomy plan offered by the Kingdom for a lasting solution of the Sahara regional conflict.