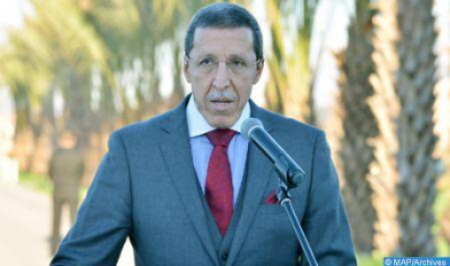 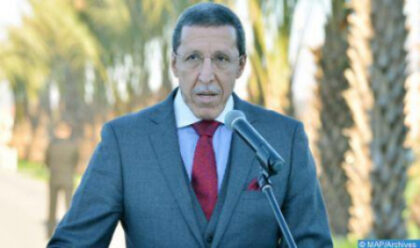 Morocco’s Permanent Representative to the UN has briefed the Security Council on the latest developments in the Southern Moroccan border post of Guerguarat and the action carried out by the Moroccan army against the polisario mercenaries’ obstruction of traffic flow with Mauritania.

The Moroccan action has ended the obstructions of the polisario militiamen and restored civil and commercial movement between Morocco and Mauritania, said the diplomat in letters sent to the UN executive body.

The Moroccan intervention, which aimed at putting a definitive end to the inadmissible violations by the Polisario of the ceasefire agreements and of the Security Council resolutions, was carried out in a peaceful manner, without any threat or harm to the life and security of civilians, said Mr. Hilal, noting that the action was followed by MINURSO.

No casualties were recorded during this non-offensive action and without any belligerent intention, stressed the Moroccan ambassador to the UN, affirming that “the legitimate” action carried out by Morocco was unanimously and greatly welcomed by the Moroccan people and particularly the populations of the Sahara.

The move has been also widely welcomed by the international community, he said, citing in this regard the support voiced by several African, Arab, European, Latin American, Caribbean and other countries, as well as international and regional organizations.

The Ambassador also recalled the telephone conversation that King Mohammed VI had with UN Secretary-General Antonio Guterres on the situation in the Guerguarat area.

During this phone call, the King said Morocco shouldered its responsibilities, within the framework of its most legitimate right after the failure of all the laudable attempts of the UN chief, and restored the fluidity of movement in this area between Morocco and Mauritania, stressing that the Kingdom will continue to take the necessary measures to ensure order and guarantee safe and smooth movement of people and goods in this area.

The King reaffirmed to Guterres Morocco’s constant commitment to the ceasefire and assured him that the Kingdom will continue to support his efforts in the political process. “The latter should resume on the basis of clear parameters, involving the real parties to this regional dispute and allowing a realistic and achievable solution under the sovereignty of the Kingdom”, underlined the Monarch.