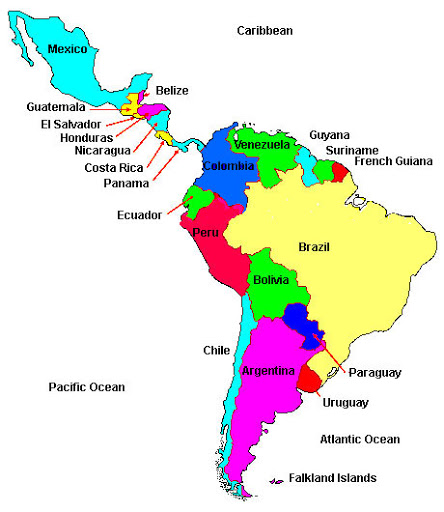 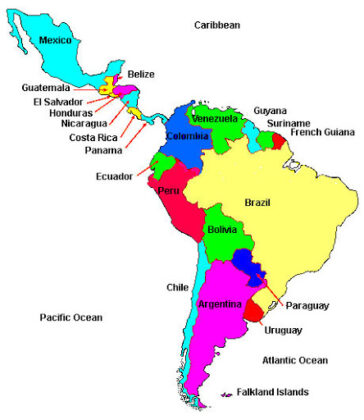 Following years of hard diplomatic work, several Latin American countries gave up their hostile stands towards Morocco’s territorial integrity and supported Morocco’s position on the Sahara issue in tandem with a rise in commercial and political ties.

So far, Brazil, Peru, Guatemala, Chile, Venezuela’s parliament, Haiti, and Colombia openly welcomed Morocco’s intervention to open a road vital for commercial and passenger traffic between Morocco and the rest of Africa.

The road was blocked for three weeks by Polisario armed fighters who prevented the free movement of goods and people and defied all calls by the international community to abstain from violating a 1991 ceasefire in the buffer strip.

The Latin American countries underlined the need to refrain from any act of provocation which could harm economic and commercial interests in the region of Guerguarat, called for restraint and respect of the UN-brokered ceasefire, and voiced support for efforts to reach a political, lasting and mutually accepted solution to the Sahara issue, in accordance with the process promoted by the relevant UN Security Council resolutions.

Solidarity with Morocco in the region was also expressed by the President of the House of Representatives in Chile, Diego Paulsen Kehr. In a letter addressed to his Moroccan counterpart, he lauded «the perfectly sane and successful operation without bloodshed or recourse to military force» carried out by the FAR in Guerguarat.

The same goes for the Peruvian Parliament which adopted a motion, urging the international community to call on the Polisario to stop its provocations. The Congress of the Republic has also positioned itself in favor of a political, realistic, pragmatic and lasting solution to the regional conflict in the Sahara.

So far, 85% of the UN member states do not recognize the Algerian-hosted fictional Sahrawi republic. More than 2 thirds of African countries support Morocco’s sovereignty over the Sahara, while most of the rest of African Union member states adopt a positive neutrality apart from Algeria and its orbit which includes South Africa and its satellite states.

Algeria was left isolated among African and Arab states which by contrast welcomed Morocco’s actions and stressed the need for protecting its territorial integrity.

Global powers and regional actors such as France, Russia and Turkey welcomed the opening of the road and urged a political solution.

The UN on multiple resolutions called on the parties including Algeria to show willingness to engage in good faith in order to find a realistic, feasible and political solution based on compromise to the Sahara issue.

North Africa Post's news desk is composed of journalists and editors, who are constantly working to provide new and accurate stories to NAP readers.
NEWER POSTJewish History included in curriculum of primary schools, another token of values of tolerance prevailing in Morocco
OLDER POSTRepublic of kabylie wants an embassy in Laayoune or Rabat