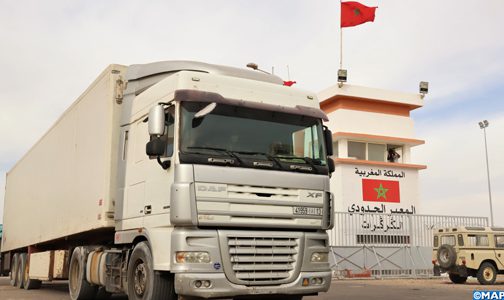 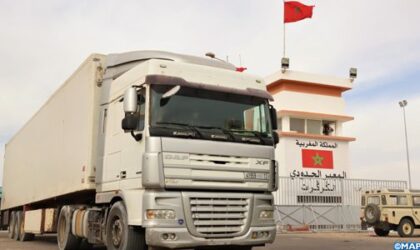 Senegal and Chad have joined this Thursday their voices to the chorus of African countries which have expressed support for Morocco regarding its military intervention in Guerguarat that cleared the crossing point and restored the flow of passengers and goods between Morocco, Mauritania and the rest of Africa

Senegalese President Macky Sall praised in this vein the “sense of moderation and restraint” shown by Morocco in order to maintain stability in the Guerguarat buffer zone.

“In the spirit of its traditional stance on this issue, Senegal reiterates its support to the Kingdom of Morocco in defending its legitimate rights,” wrote President Macky Sall in a message addressed to King Mohammed VI.

The Senegalese Head of State hailed in his message “the sense of moderation and restraint shown by the Kingdom of Morocco in order to maintain the stability of the area, in accordance with the military agreements establishing the ceasefire under the aegis of the United Nations.”

Chad on its part condemned the obstruction by Polisario militias of the movement of goods and people in the buffer zone of Guerguarat, saying it follows “with great concern” the development of the situation in the zone, following “the intrusion by the Polisario front that obstructed the movement of goods and people, despite the ceasefire established under the aegis of the United Nations thirty years ago”.

In a statement released this Thursday, the Chadian Foreign Ministry condemned these actions which are, it said, likely to violate the Resolutions of the Security Council, in particular Resolutions 2414 and 2440, put at stake the advances achieved under the mediation of the United Nations.

The statement added that Chad “welcomes and supports the commitment of the Moroccan Government, under the enlightened leadership of His Majesty King Mohammed VI, to the preservation and consolidation of the ceasefire, which represents the ultimate path that can bring peace throughout the region”.

The Chadian ministry “urges the UN Secretary General to carry on his efforts and mediation and to use all the diplomatic actions in his power, in order to achieve a peaceful and final settlement to this crisis,” the statement added.