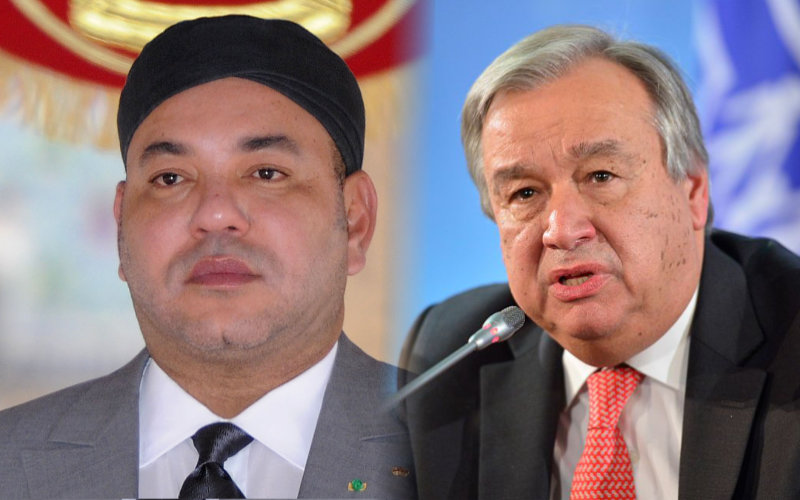 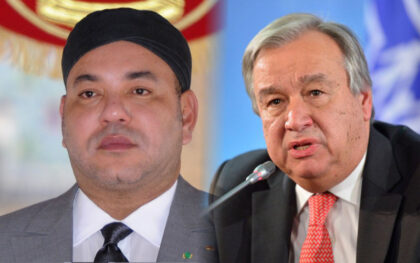 King Mohammed VI of Morocco held a phone conversation with UN Secretary General Antonio Guterres on the situation in Guerguerat, where the Moroccan army ended a three-week blockade of international traffic by the Polisario militias.

During the talks, King Mohammed VI said that Morocco took its responsibility in line with its legitimate right after the UN Secretary General failed in its “laudable” attempts to end the “unacceptable acts” of the Polisario.

“Morocco restored the situation, proceeded to a lasting settlement of the problem and guaranteed resumption of traffic flow,” said the Royal Palace in a statement.

The King also told Guterres that Morocco will take necessary measures to keep order and protect safety and fluidity of passenger and commercial traffic in this border area between Morocco and Mauritania.

The Monarch also reiterated Morocco’s attachment to the ceasefire and that the Kingdom will only use force for legitimate self-defense.

Morocco will continue supporting UN efforts to find a political solution on the basis of clear criteria and with the participation of real parties to this regional conflict in order to find a realistic, feasible solution within Morocco’s sovereignty , the King said.