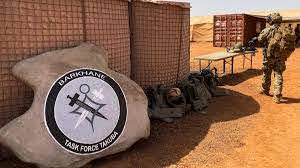 French Government officials announced Friday that France’s anti-jihadist force in Mali had killed the military commander of an Al-Qaeda-aligned group linked to attacks in the region.

The former Malian army colonel was second in command of the Al Qaeda-linked group, working closely with its leader Iyad Ag Ghali.

Bah Ag Moussa is “believed responsible for several attacks against Malian and international forces,” she said in a statement. “He is considered one of the top military jihadists in Mali, in charge in particular of the training of new recruits.”

The killing of Bah ag Moussa comes amid an increase in operations by French forces in Mali in recent weeks targeting Islamist militant groups in the country.

Dozens of suspected militants have been killed in targeted operations in the country since the assault in which Al Qaeda in the Islamic Maghreb (AQIM) leader Abdelmalek Droukdel was killed by French forces in the Kidal region on June 3.
It is however unclear whether the operations have had a significant impact on terrorist capabilities in the region.

Further security operations are likely in the Menaka region, and other areas of northern and central Mali, in the medium term. There is a realistic possibility of retaliatory attacks targeting French forces or interests in the region in the medium term.
Context

Mali is struggling to contain an Islamist insurgency that erupted in 2012 and which has claimed since then thousands of military and civilian lives. Despite the presence of thousands of French and UN troops, the conflict has engulfed the center of the country and spread to neighboring Burkina Faso and Niger.

Despite a long deployment that has claimed the lives of over 50 French troops, analysts say that the force cannot yet claim any lasting victory over jihadists in the region.

North Africa Post's news desk is composed of journalists and editors, who are constantly working to provide new and accurate stories to NAP readers.
NEWER POSTMorocco Guerguerat intervention, a step towards ending once and for all Polisario banditry
OLDER POSTLibya: Agreement to hold national elections in December 2021 reached