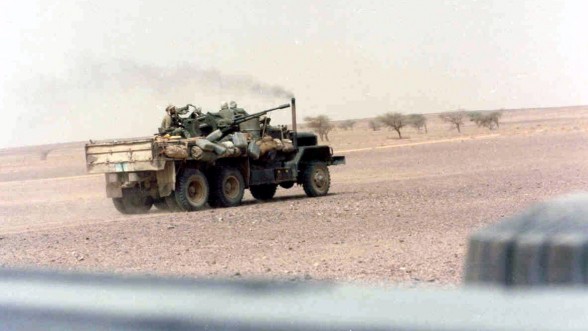 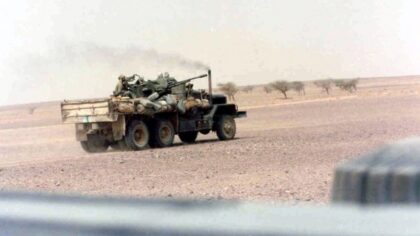 The operation carried out by the Royal Armed Forces on Friday morning, upon the instructions of King Mohammed VI, Supreme Commander and Chief of the General Staff, in order to restore free movement at the Guergarate crossing, took place in a “peaceful manner, without clashes or threat to the safety of civilians,” said the Ministry of Foreign Affairs in a statement Friday afternoon.

“This operation, aimed at putting a definitive end to the unacceptable behavior of the Polisario, comes after giving a diplomatic solution every chance through the good offices of the United Nations,” the statement added.

In 2016 and 2017, contacts between King Mohammed VI and UN Secretary General Antonio Guterres had led to a first outcome. However, the Polisario continued its acts of provocation and illegal intrusions in this zone.

After the intrusion of October 21, 2020, and while supporting the Secretary General’s action, the Sovereign had stated in a letter to Guterres that: “The status quo cannot be prolonged. If this situation continues, the Kingdom of Morocco, in the respect of its attributions, by virtue of its responsibilities and in full compliance with international legality, reserves the right to act, at the time and in the manner it deems necessary, in order to safeguard the status of the zone, restore free movement and preserve the dignity of Moroccans,” the ministry said, stressing that “Morocco remains firmly committed to the preservation of the ceasefire.”

“The operation carried out today (Friday) by the Royal Armed Forces aims precisely at consolidating the ceasefire by preventing the recurrence of such serious and inadmissible acts,” the statement said, adding that such acts “violate the military agreement and threaten regional security and stability.”

Morocco’s Army has responded to the provocations of the Algeria-backed Polisario militias in the Guerguarat crossing point by setting up on Friday a security perimeter to secure the flow of goods and people in this southern buffer zone near the Mauritanian border.

Friday afternoon, the FAR said that “Guerguarat crossing between Morocco and Mauritania is now completely secured through the setting up of a security cordon by the Royal Armed Forces (FAR), pursuant to the high instructions of H.M. King Mohammed VI, Supreme Commander and Chief of FAR General Staff.”

The operation was conducted on November 13, 2020, “according to clear rules of engagement prescribing to avoid any contact with civilians,” the FAR said.

Several observers explain that the tension in the buffer zone of Guerguarat shows the great agitation of Algeria, which is infuriated by the Moroccan diplomatic successes in the Sahara issue and by the latest resolution of the UN Security Council, which clearly cited Algeria as a party to the Sahara conflict.